A Guide to Cellular IoT

In today’s connected world, cellular or mobile networks not only connect us to our family and friends – but also numerous other devices like our Gmail server and Facebook account. This is the age of the “Internet of Things” or IoT. In this era, more and more devices are being connected online.

Consequently, the demand for technology that can connect physical devices like your car, audio speaker, or television along with other devices like highway signals and electricity lines, to the cellular network is on the rise. This is the driving force behind Cellular IoT technology. It is projected to be a market worth $5.31 billion by the year 2023.

What is Cellular IoT?

So, what is cellular IoT and how is it useful? Cellular IoT is the technology that connects physical objects to the Internet utilising the same cellular network currently used by smartphones. In other words, this technology can connect IoT devices using existing mobile networks. Thus, it eliminates the need to invest and develop a separate dedicated network infrastructure just for IoT devices.

Thanks to significant investments in developing cellular networks in most counties, mobile users enjoy functional cellular connectivity at all times. The idea behind Cellular IoT enablement is to use cellular networks, including 3G, 4G/LTE or 5G, for connecting devices like streetlights, agricultural, and healthcare equipment.

What are the benefits of Cellular IoT technology? Here are five of them: 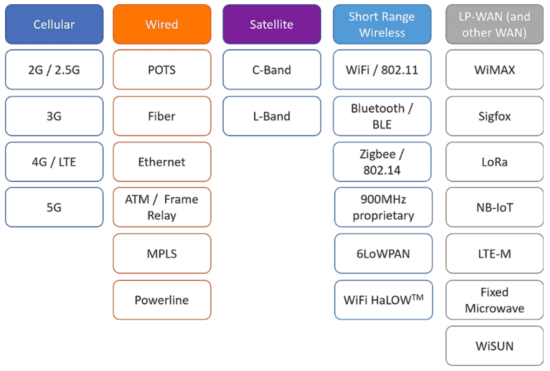 IoT can connect via 2G, 3G,4G, or 5G networks. Depending on the needs of the IoT device and application, there are primarily two types of Cellular IoT connections, namely, LTE-M and NB-IoT which are the recent IoT specific variables. 2G and 3G are no longer used for mobile connectivity. Yet, these connections are still in use for smart devices like parking meters in selected countries.

Let us now discuss the LTE-M and NB-IoT connecting technologies.

Due to the range and diverse needs of connecting IoT devices, multiple connection options help to ensure an efficient approach, depending on the application and device in question.. Apart from mainstream GSM technologies (2G, 3G, 4G, 5G) the mobile industry is investing in variables of the core technology to support the demands of IoT connectivity. These include:

If you are looking for complete, end-to-end cellular IoT enablement, Tata Communications is the right partner. We have a range of IoT solutions that cater to every application need. With Tata Communications MOVETM our IoT solutions support lets you easily implement applications that can collect, analyse, and visualise your IoT data on a real-time basis, anywhere in the world.

With our extensive global presence and partner network, Tata Communications has the right technology to improve the business productivity of your organisation and help your revenue growth. Global IoT solutions using Tata Communications MOVETM are built for reliable device connectivity, security, and scalability from a few hundreds, up to tens or even hundreds of thousands of connected devices.

Talk to the team
Home Mobility and IoT Solutions

A Guide to Cellular IoT