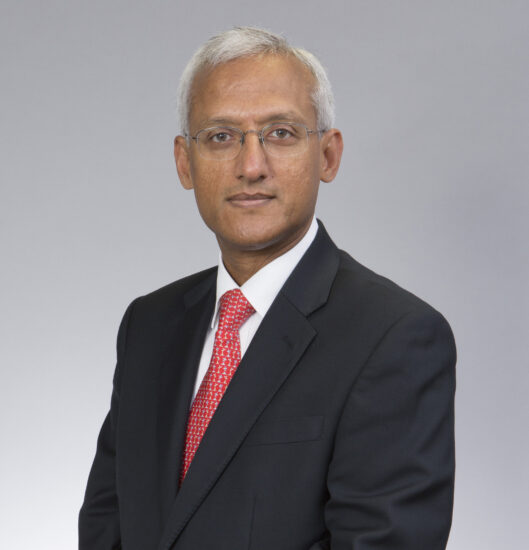 Lakshmi has over 35 years of experience in a broad range of leadership roles across regions and industries. Through the course of his career, he has managed and developed scalable businesses, with deep understanding of the global technology market and enterprises’ growing digital needs.

Prior to joining Tata Communications, Lakshmi was President and CEO of Tata Consultancy Services Japan, Ltd. where he was in charge of accelerating the company’s market opportunity and developing the brand in the region.

Other leadership positions within TCS also include: Global Head of four P&L units (Telecom, Media & Information Services, HiTech and Utilities) that grew to contribute a combined revenue of over $2.4b under his leadership. He had also held the position of Head of UK & Europe where he brought significant growth of the business, resulting in it being recognised as a major IT player locally in the market.

Lakshmi has worked in USA, Hong Kong, Australia, UK, Japan and India. He holds a Degree in Mechanical Engineering from BITS, Pilani and is an alumnus of London Business School. He is also a long-standing member of IEEE.

Ms Renuka Ramnath is one of the most experienced private equity fund managers in India with a full cycle track record of investing capital raised from institutions of global repute. She played a pivotal role in shaping the Indian private equity market both in terms of leading pioneering investments as well as opening new pockets of capital for investment into India. For close to three decades in financial services, Renuka successfully built several businesses in the ICICI Group including Investment Banking, e-commerce and private equity. As the MD & CEO of ICICI Venture for close to a decade, she led that firm to become one of the largest private equity funds in India. Renuka turned entrepreneur to set up Multiples in 2009. Multiples is a $400 million Independent private equity fund that has the rare distinction of been backed by 15 Indian and global institutions. Renuka draws immense satisfaction from the fact that she has over several years guided and supported entrepreneurs to build successful businesses and create valuable enterprises. Given Renuka’s contribution to the industry, she has been featured in many prestigious listings, including the Top 25 Most Powerful Women in Business (Business Today, India); India’s most Powerful CEO’s (Economic Times), the Top 25 Non Bank Women in Finance (US Banker’s global list), Asia’s Women in the Mix: The Year’s Top 50 for Achievement in Business (Forbes), and most recently in the Top 25 women in Asian asset management (Asian Investor).

Mr. Srinath Narasimhan, born in 1962, has a degree in Mechanical Engineering from IIT (Chennai) and a Management Degree from IIM (Kolkata), specialising in Marketing and Systems.

Since joining Tata Administrative Services in 1986, Mr. Srinath has held positions in Project Management, Sales & Marketing, and Management in different Tata companies in the ICT sector over the last 28 years.

In 1987, Mr. Srinath moved from TAS to join Tata Honeywell, a start-up in the business of process control systems, as Project Executive working until late 1988 on securing various statutory approvals and funding necessary for the project. He then moved to Tata Industries as Executive Assistant to the Chairman, an assignment he handled until March 1992. In that period, he was also part of the team that set up Tata Information Systems (later Tata IBM). From June 1992 to February 1998 he handled a number of assignments in Tata Information Systems Limited in Sales & Marketing to enterprise customers in the banking, retail, petroleum and process manufacturing sectors.

In March 1998, Mr. Srinath returned to Tata Industries as General Manager (Projects) responsible for overseeing the project implementation of Tata Teleservices fixed line telecom service in the state of Andhra Pradesh. In April 1999, he took over as the Chief Operating Officer of Tata Teleservices responsible for Sales, Customer Service, Networks and Information Technology.  From late 2000 till February 2002, he was the Chief Executive Officer of Tata Internet Services, a start-up internet services business serving retail and enterprise customers.

Mr. Srinath has received several recognitions in the telecom industry. He was named the ‘Telecom CEO of the Year’ in Asia by the leading publishing group Telecom Asia in the 2006 edition of their awards. The Institute of Economic Studies (IES), a research oriented organisation, conferred its Udyog Rattan Award on Mr. Srinath in November 2006. In 2008 and 2009, Mr. Srinath was named as the world’s eighth most influential telecom personality by the Global Telecoms Business magazine as well as the ‘Telecom Person of the Year’ by the India-based Voice and Data magazine in 2008.

Since 1 February 2011 he has been the Managing Director of Tata Teleservices Limited, one of India’s leading mobile service providers

Dr Uday B. Desai received his B. Tech. degree from the Indian Institute of Technology, Kanpur, India, in 1974, the MS degree from the State University of New York, Buffalo, in 1976, and the PhD. degree from The Johns Hopkins University, Baltimore, USA., in 1979, all in Electrical Engineering.

Since June 2009 he has been the Director of IIT Hyderabad. From 1979 to 1984 he was an Assistant Professor in the School of Electrical Engineering and Computer Science Department at Washington State University, Pullman, WA, USA, and an Associate Professor at the same place from 1984 to 1987. From 1987 to May 2009 he was a Professor in the Electrical Engineering Department at the Indian Institute of Technology, Bombay. He was Dean of Students at IIT, Bombay from August 2000 to July 2002. He has held Visiting Associate Professor’s positions at Arizona State University, Purdue University and Stanford University. He was a visiting Professor at EPFL, Lausanne during the summer of 2002. From July 2002 to June 2004 he was the Director of HP-IITM R and D Lab. at IIT-Madras.

He is the Editor of the book ‘Modeling and Applications of Stochastic Processes’ (Kluwer Academic Press, Boston, USA. 1986) and co-editor of ‘Second Asian Applied Computing Conference’ (Springer Verlag, 2004). He is also a co-author of four research monographs.

Dr. Desai is a senior member of IEEE, a Fellow of  Indian National Science Academy (INSA), the Indian National Academy of Engineering (INAE), and the Institution of Electronic & Telecommunication Engineers (IETE). He is the recipient of the J C Bose Fellowship. He is also the recipient of the Excellence in Teaching Award from IIT Bombay for 2007. He is chair of the working group on Convergence Communication and Broadband Technologies of Department of Electronics and Information Technology, Ministry of Communication and Information Technology. He is on the governing council and boards of several academic institutions. He is one of the founding members of COMSNETS and also the Society for Cancer Research and Communication. He was the Chair for IEEE Bombay Section 2006-2008. He was also on the Visitation Panel for the University of Ghana. 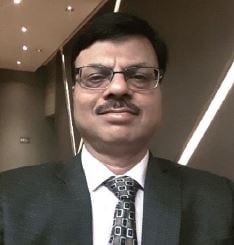 Earlier worked on deputation at the National e-Governance Division (NeGD), under the Ministry of Electronics & Information Technology (MeITY), Government of India as Director (Capacity Building). Was responsible for capacity building for e-Government projects by setting up HR policies/guidelines, imparting training at various levels in central line ministries and in state governments. 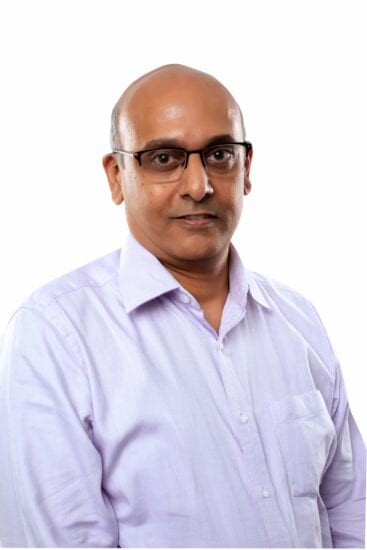 Dr. Maruthi Prasad Tangirala is a 1990 batch officer of the Indian P&T Accounts and Finance Service. He joined the civil service after obtaining a bachelor’s degree in civil engineering from College of Engineering, Guindy, and a PGDM from Indian Institute of Management Calcutta.

He has worked in the areas of revenue assurance, financial advice, vigilance, training, and licensing finance in the Department of Telecommunications, Government of India, and in financial and economic analysis in the telecom sector regulator, TRAI, in two stints, first as Director and then as Advisor. He has also worked as Executive Director, Insurance Regulatory and Development Authority of India, Hyderabad. He has been Government nominee Director in BSNL, and was on the Boards of IIB and IIRM during his stint at IRDAI. He has also worked in the Union Public Service Commission, again in two stints. He holds a degree in law from Osmania University, Hyderabad, an MPhil from Panjab University, Chandigarh, and a PhD from the Centre for the Study of Law and Governance, Jawaharlal Nehru University, New Delhi, where his thesis was on the institutional aspects of regulatory governance in the Indian telecom services sector. He is at present Deputy Director General (LFP), Department of Telecommunications, New Delhi.