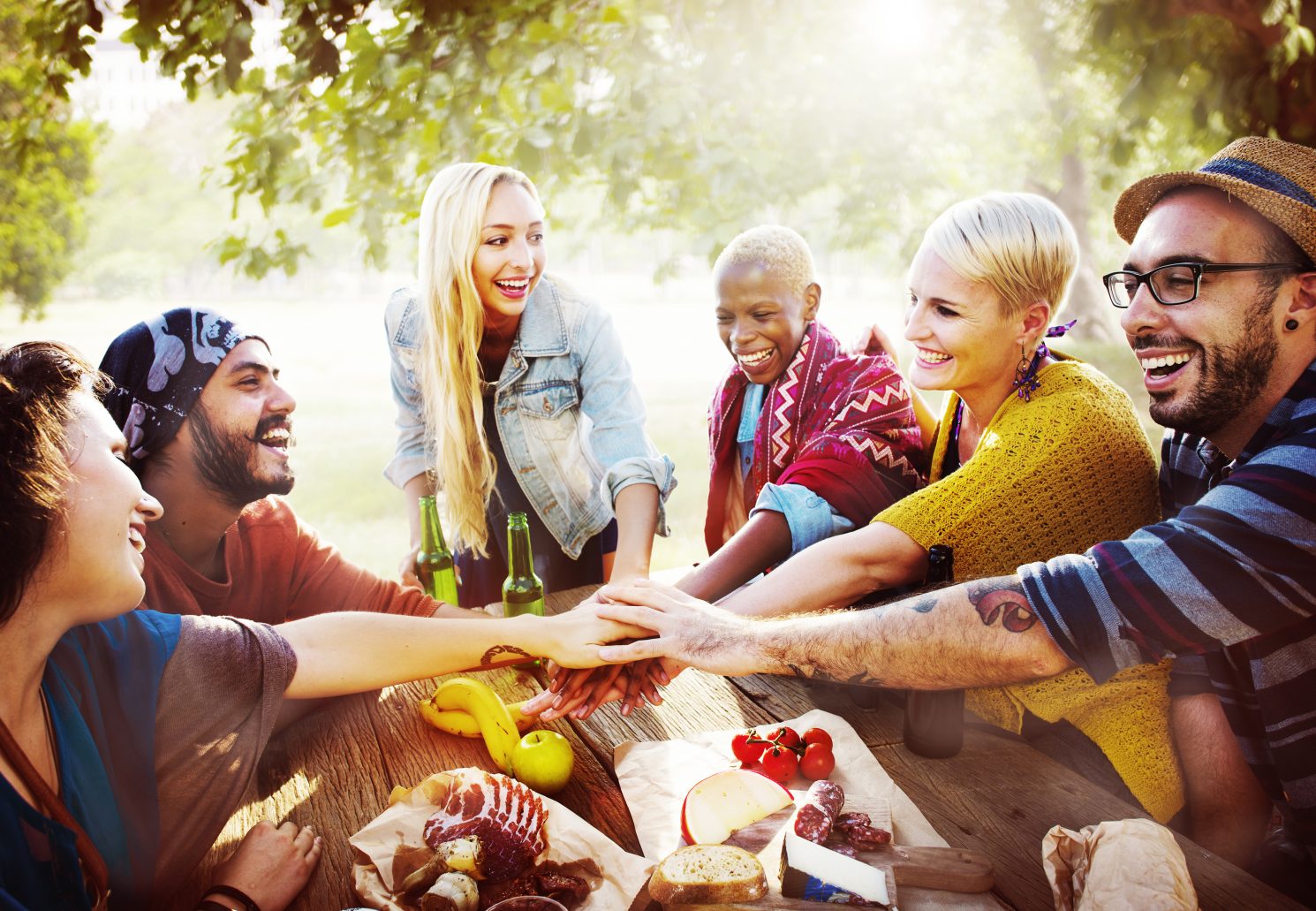 Produced in partnership with The Adecco Group and Tata Communications, the GTCI is an annual benchmarking report that measures the ability of 119 countries to compete for talent.

With the theme of ‘Diversity for Competitiveness’, the GTCI 2018 examines two types of diversity: cognitive (differences in knowledge, experience and perspectives) and identity (gender, race, age etc.). The report underscores the importance of diversity for building innovative teams and to equip organisations with the ability to address the needs of markets and operations in multicultural environments. The report underlines that diversity is also an investment: people are often ill equipped to collaborate with others who are different from themselves. Leveraging diversity for competitiveness hence requires resources, commitment and leadership.

Commenting on the report, Bruno Lanvin, Executive Director of Global Indices at INSEAD and co-editor of the report, states that: “GTCI 2018 highlights that in order to contribute to competitiveness, diversity needs to be managed and taught. It is also important to consider additional facets of diversity, in particular gender, culture, and ethnic background. Committing to a culture of inclusion is also a must to make diversity work. A concerted call for greater inclusiveness and collaboration from around the world will undoubtedly open up opportunities for demographic groups which have often been side-lined in the past on the talent scene. INSEAD looks forward to fully playing its role as a leading global provider of talent and leadership with a strong commitment towards diversity and inclusion.”

Singapore (2nd globally) continues to occupy the top spot in Asia Pacific and is the leader in the Enable pillar and Attract pillar. Dimensions for which Singapore has room for improvement include Access to Growth Opportunities, Innovation output, and more Social protection for labour.

Paul Evans, The Shell Chair Professor of Human Resources and Organisational Development, Emeritus, at INSEAD, and Academic Director and co-editor of the Global Talent Competitiveness Index, comments that, “The report highlights how Singapore – the talent champion in Asia Pacific – demonstrates consistently strong performance linked to the nation’s deep political commitment to diversity. There is ample evidence that diversity benefits national economies. Efforts to stimulate and support diversity are best seen in societies that were multicultural (and often multiethnic) from the start, as was the case for Singapore. Indeed, the nation’s strong stance on its diversity policy were at the core of its independence – testifying to the need for vision, determination, and dedication on the part of the country’s political leaders.”

Ian Lee, Regional Head, Asia Pacific, and Executive Committee member, The Adecco Group, comments that: “Understanding the need for inclusive and diverse workplaces is essential in attempting to resolve the inequalities that are still prevalent in so many working environments throughout the Asia Pacific region. The success of an organisation and its overall competitiveness are still very dependent upon its ability to foster diversity, allowing it to benefit from the increased levels of innovation, openness and productivity that can be achieved.”

Vinod Kumar, Chief Executive Officer and Managing Director, Tata Communications comments that: “Talent diversity is an investment – and one with a multiplier effect. As digital transformation continues to top the agenda for organisations and also for countries including Singapore, technology will reshape the world of work as highly automated and immersive technologies work side-by-side with humans. In accepting the primacy of this, neither talent nor diversity will be exclusive to people alone and must be considered in developing successful, forward looking strategies to sustain competitive advantage.”

New Zealand (12th) ranks among the top 10 in the Enable, Attract, and Global Knowledge Skills pillars. The country performs consistently well in the Enable sub-pillars: particularly the Regulatory Landscape and the Business and Labour Landscape.

Japan (22nd) has a solid overall performance, although its talent competitiveness is held back by a low degree of openness—leadership opportunities for women (99th), attracting internal and external talent (54th). Japan is far less open than the top three countries of this region, where middle-income countries such as Malaysia attract more foreign talent.

Malaysia (27th) moves up one spot from last year and remains the leader in the group of upper-middle-income countries by performing particularly well in the Enable and the Vocational and Technical Skills pillars. The attraction of talent is explained in part by the country’s excellent performance in variables related to management practices and growth opportunities. Outstandingly, in terms of collaboration across organisations, Malaysia is ranked 1st in the world.

Although South Korea (30th) makes it into the top quartile of this year’s rankings, it is the lowest-ranking high-income country in the region. Despite being a top country in dimensions such as Tertiary enrolment and ICT Infrastructure, as well as an excellent Market Landscape ranking, the country has major room for improvement in the Attract pillar.

China (43rd) leads the pack amongst BRICS nations in the global talent race and has significantly improved its position by moving up 11 spots in the GTCI 2018 rankings. The country is placed in the top quartile in the Grow and Global Knowledge Skills pillars. The areas that need improvement have to do with personal rights, tolerance of both immigrants and minorities, and also variables linked to lifestyle.

India (81st) remains far from the top, even though its performance in Formal Education and Lifelong Learning are keeping pace, and its pool of Global Knowledge Skills is solid compared with other emerging markets. Where the country has plenty of room for improvement is in minimising brain drain while boosting brain gain by luring back more of its talented diaspora members.

Globally, European countries continue to dominate the GTCI rankings, with 8 of them in the top 10. Switzerland maintains its number 1 position, followed by Singapore and the United States.

The Global Cities Talent Competitiveness Index (GCTCI), which was introduced last year, has been greatly broadened to cover 90 cities across the world, in comparison to 46 cities in its inaugural edition.

Bruno Lanvin notes that, “In the Asia-Pacific region, nations seem to be performing better than cities in terms of talent competitiveness. Large metropolises are the majority among leaders (Tokyo, Seoul, Sydney, Singapore, Auckland and Beijing). As ‘smart cities’ continue to develop in the region, more medium-sized Asian cities may emerge as future talent hubs, especially in China and India.”

More information about INSEAD can be found at www.insead.edu.

About the Adecco Group

The Adecco Group is the world’s leading HR solutions partner. We provide more than 700,000 people with permanent and flexible employment every day. With more than 34,000 employees in 60 countries, we transform the world of work one job at a time. Our colleagues serve more than 100,000 organisations with the talent, HR services and cutting-edge technology they need to succeed in an ever-changing global economy.  As a Fortune Global 500 company, we lead by example, creating shared value that meets social needs while driving business innovation. Our culture of inclusivity, fairness and teamwork empowers individuals and organisations, fuels economies, and builds better societies. These values resonate with our employees, who voted us number 2 on the Great Place to Work® – World’s Best Workplaces 2017 list.  We make the future work for everyone.

The Tata Communications global network includes one of the most advanced and largest submarine cable networks and a Tier-1 IP network with connectivity to more than 240 countries and territories across 400 PoPs, as well as nearly 1 million square feet of data centre and colocation space worldwide.

Tata Communications and Tata are trademarks of Tata Sons Limited in certain countries.