• Washington, DC is the top performer in the cities’ ranking

The 2019 Global Talent Competitiveness Index (GTCI) report reveals that Switzerland, Singapore and the United States continue to lead the world in talent competitiveness, while countries in Asia, Latin America and Africa are seeing a progressive erosion of their talent base. The report confirms that talent issues have become a mainstream concern for firms, nations and cities, with talent performance seen as a critical factor to growth and prosperity.

This year’s report has a special focus on entrepreneurial talent – how it is being encouraged, nurtured and developed throughout the world and how this affects the relative competitiveness of different economies. New approaches are emerging to stimulate entrepreneurial and intrapreneurial talent and futureproof employees – for example, the efforts to develop bottom up innovation and empower employees. Such progress is especially true in the cities, where ‘Smart cities’ ecosystems are increasingly acting as talent magnets. The results further show: 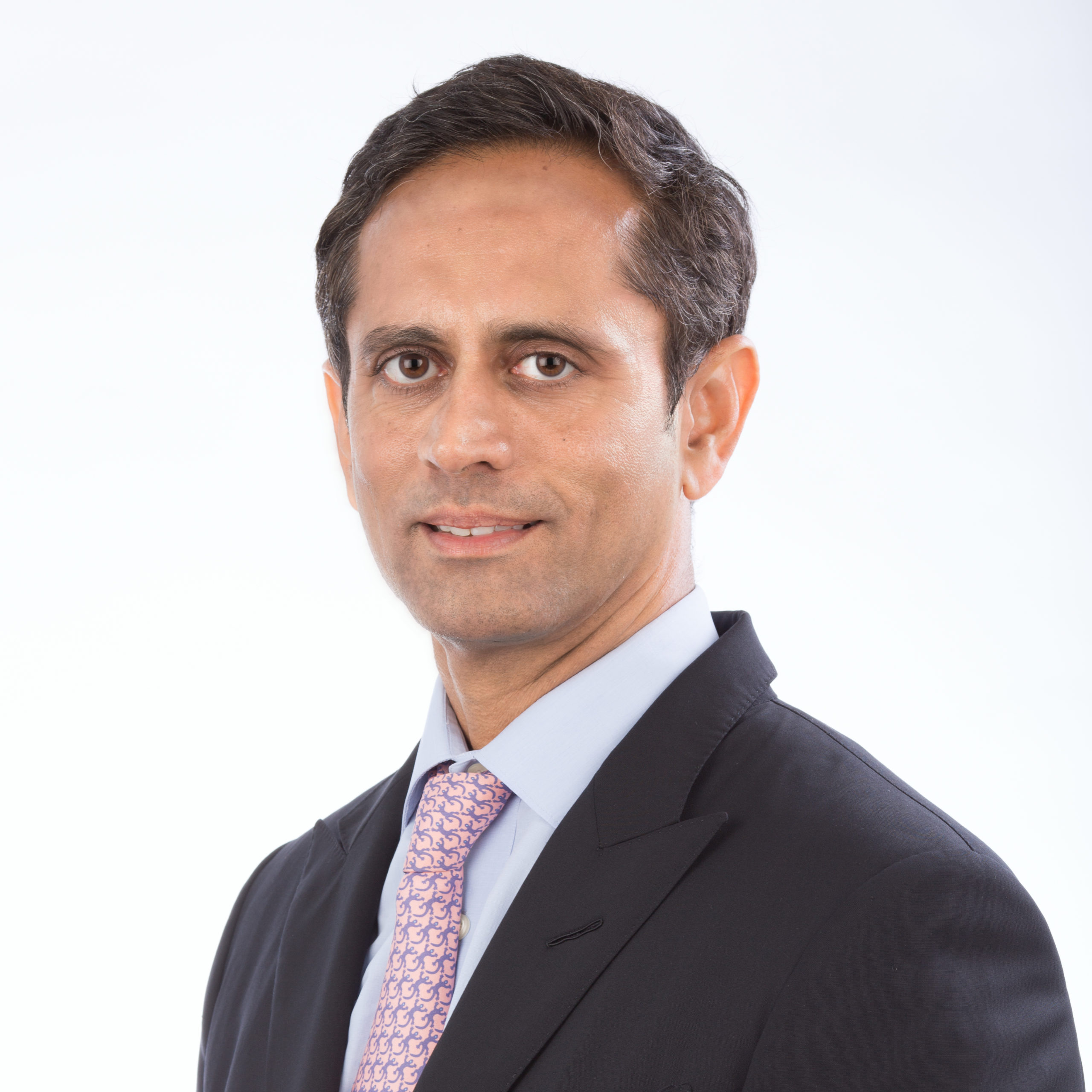 “Businesses and cities need to work hand-in-hand to cultivate cultures of intrapreneurship and a mindset of continuous learning above all else, as the human factor is key to the success of digital transformation. This will help unlock the positive potential that technology brings – especially in a world where humans and machines will work side-by-side and different types of collaboration and ideation emerge.”

The report also reveals that cities rather than countries are developing stronger roles as talent hubs and will be crucial to reshaping the global talent scene. This growing importance of cities is due to their greater flexibility and ability to adapt to new trends and patterns – as nimble economic units where policy can be changed more swiftly, cities are thus more attractive for talent, especially entrepreneurial talent.

The top-ranked city this year is Washington, DC, followed by Copenhagen, Oslo, Vienna and Zurich. Washington’s position can be attributed to its strong performance across four of the five pillars measured in the research, specifically in the “Be Global”, “Attract”, “Grow” and “Enable” pillars. Its steady economy, dynamic population, outstanding infrastructure and connectivity, highly-skilled workforce and world class education are all characteristics which contribute to making the city such a talent hub.

For the first time, the 2019 GTCI provides a longitudinal analysis of talent competitiveness based on the results of all GTCI editions since 2013. The main finding is that the gap separating the talent champions from the rest of the global community has been growing. Talent competitiveness is strengthening in groups of countries where it is already comparatively high and weakening in those where it is relatively low.

Bruno Lanvin, Executive Director, Global Indices, INSEAD, and co-editor of the report, commented: “In the top ten of talent competitiveness ranking, only two non-European countries can be seen: Singapore and the USA. This underlines that Europe remains a talent powerhouse, but also that countries with great universities and a strong education sector are best at attracting talents. Because high-level talents are also more mobile internationally, no comparative advantage can be seen as irreversible, and those countries will need to remain open and innovative to keep their leadership.”

Felipe Monteiro, INSEAD Affiliate Professor of Strategy, Academic Director, and co-editor of the report, further stated: “Entrepreneurship appears to be a decisive talent to succeed; all types of organisations have to attract and enhance entrepreneurial talent, in an era where ecosystems around the globe are drastically reshaped by digital transformation.”

Vinod Kumar, Chief Executive Officer, Tata Communications explained: “The concept of openness is critical for entrepreneurial talent, and business culture plays a key role here. Businesses and cities need to work hand-in-hand to cultivate cultures of intrapreneurship and a mindset of continuous learning above all else, as the human factor is key to the success of digital transformation. This will help unlock the positive potential that technology brings – especially in a world where humans and machines will work side-by-side and different types of collaboration and ideation emerge.”

Alain Dehaze, Chief Executive Officer, the Adecco Group said: “As the world of work rapidly changes, there is a danger that if countries and cities do not have the right conditions for attracting talent, people and businesses will move away and look for opportunities elsewhere. The results of this year’s GTCI report are further evidence of how entrepreneurial talent is being increasingly seen as one way of successfully navigating a world in constant flux. Nurturing it is a vital part of creating the right environment for talent to flourish and to lay the seeds for success in the future.”

The 2019 GTCI report, published today by INSEAD, the Business School for the World, in partnership with the Adecco Group and Tata Communications, is a comprehensive annual benchmarking measuring how countries and cities grow, attract and retain talent, providing a unique resource for decision makers to understand the global talent competitiveness picture and develop strategies for boosting their competitiveness.

The report measures levels of Global Talent Competitiveness by looking at 68 variables. The 2019 index covers 125 national economies and 114 cities (respectively 119 and 90 in 2018) across all groups of income and levels of development.

In this sixth edition, Switzerland continues to lead the 2019 Global Talent Competitiveness index, while Singapore and the United States come in second and third respectively as they did in 2018. The top three is followed by Scandinavian countries, Norway (4th), Denmark (5th), Finland (6th), and Sweden (7th). Yemen has finished at the bottom of this year’s index at 125th, just below Congo (124th) and Burundi (123rd).

As in previous years, higher rankings are associated with higher income levels. Policies and practices that bring about talent competitiveness in more developed countries are less susceptible to political and socioeconomic fluctuations. High-income economies have the stability to invest in lifelong learning, reinforcing skills, and attracting and retaining global talent.

The leading cities are best at performing well across the five pillars of the talent spectrum. The top-ranked city – Washington, DC – exemplifies this, being a top 10 city in three of five dimensions. The increasingly central roles of cities as entrepreneurial talent hubs also underline the importance of developing strong and vibrant ecosystems, especially around innovation.

As one of the world’s leading and largest graduate business schools, INSEAD brings together people, cultures and ideas to develop responsible leaders who transform business and society. A global perspective and cultural diversity are reflected in all aspects of its research and teaching. With campuses in Europe (France), Asia (Singapore) and the Middle East (Abu Dhabi), INSEAD’s business education and research spans three continents. The school’s 154 renowned Faculty members from 40 countries inspire more than 1,400 degree participants annually in its MBA, Executive MBA, Executive Master in Finance, Executive Master in Change and PhD programmes. In addition, more than 11,000 executives participate in INSEAD’s executive education programmes each year. In addition to INSEAD’s programmes on its three campuses, INSEAD participates in academic partnerships with the Wharton School of the University of Pennsylvania (Philadelphia & San Francisco); the Kellogg School of Management at Northwestern University near Chicago; the Johns Hopkins University/SAIS in Washington DC and the Teachers College at Columbia University in New York; and MIT Sloan School of Management in Cambridge, Massachusetts. In Asia, INSEAD partners with School of Economics and Management at Tsinghua University in Beijing, and China Europe International Business School (CEIBS) in Shanghai. INSEAD is a founding member in the multidisciplinary Sorbonne University created in 2012, and also partners with Fundação Dom Cabral in Brazil. INSEAD became a pioneer of international business education with the graduation of the first MBA class on the Fontainebleau campus in Europe in 1960. In 2000, INSEAD opened its Asia campus in Singapore. In 2007, the school inaugurated a Centre for Research and Executive Education in the United Arab Emirates and officially opened the Middle East Campus in Abu Dhabi in 2010. Around the world and over the decades, INSEAD continues to conduct cutting edge research and to innovate across all its programmes to provide business leaders with the knowledge and sensitivity to operate anywhere. These core values have enabled INSEAD to become truly “The Business School for the World”. www.insead.edu

About The Adecco Group

The Adecco Group is the world’s leading HR solutions partner. We provide more than 700,000 people with permanent and flexible employment every day. With more than 34,000 employees in 60 countries, we transform the world of work one job at a time. Our colleagues serve more than 100,000 organisations with the talent, HR services and cutting-edge technology they need to succeed in an ever-changing global economy. As a Fortune Global 500 company, we lead by example, creating shared value that meets social needs while driving business innovation. Our culture of inclusivity, fairness and teamwork empowers individuals and organisations, fuels economies, and builds better societies. These values resonate with our employees, who voted us number 5 on the Great Place to Work®—World’s Best Workplaces 2018 list. We make the future work for everyone. The Adecco Group is based in Zurich, Switzerland. Adecco Group AG is registered in Switzerland (ISIN: CH0012138605) and listed on the SIX Swiss Exchange (ADEN). The group is powered by nine global brands: Adecco, Adia, Modis, Badenoch & Clark, General Assembly, Lee Hecht Harrison, Pontoon, Spring Professional and YOSS. www.adeccogroup.com