Produced in partnership with The Adecco Group and Tata Communications, the GTCI is an annual benchmarking report that measures the ability of 125 countries to compete for talent.

This year’s report with the theme of ‘Entrepreneurial Talent and Global Competitiveness’ attempts to identify the ways in which companies, countries, and cities can foster entrepreneurial talent which makes up a critical component of competitiveness and innovation, and will become even more so in a fast-paced world of digitisation and globalisation. 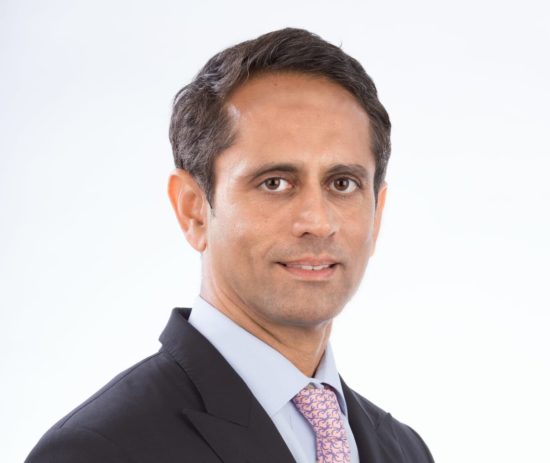 “Asia-Pacific is embracing technology driven shifts at pace. With this, mindsets must also transform at an organisation level for any digital transformation initiative to fully succeed. One that embraces and embeds a culture of hyper-customer-consciousness and willingness to adapt, maybe even letting go of the past. This will provide countries, cities and industry that competitive edge as we look towards the future.”

Top-ranking countries share several characteristics, including having talent growth and management as a central priority, openness to entrepreneurial talent, open socio-economic policies as well as strong and vibrant ecosystems around innovation.

Singapore (2nd globally) continues to occupy the top spot in Asia Pacific. It is the highest-ranked country in three of the six pillars – Enable, Attract, and Global Knowledge Skills. It is also one of the strongest performers with respect to the pillar on Vocational and Technical Skills. However, the city-country’s lowest pillar rank in Retain (26th) signifying its relative weakness in retaining talent.

Bruno Lanvin, Executive Director of Global Indices at INSEAD and co-editor of the report, comments: “The GTCI 2019 highlights how entrepreneurial talent, with underlying attributes of mobility, diversity, and adaptability, is critical for today’s knowledge economy. It comes as no surprise that Singapore is the leader in Global Knowledge Skills, the pillar that best reflects entrepreneurial talent. Compared to its competitors in the region, Singapore’s stellar performance shines through. In fact, it is no less than 10 places ahead of the second-best competitor in the region, New Zealand.”

China (45th) is in the top quartile in the Grow pillar, mainly as a result of having a world class Formal Education. China also performs relatively well in the pillars related to enabling talent and Global Knowledge Skills.

Felipe Monteiro, Affiliate Professor of Strategy at INSEAD and Academic Director of the Global Talent Competitiveness Index (GTCI), says China is likely to see stronger performance in future editions of GTCI, “China leads the BRICS nations in the global talent race. Its rise in the global talent scene, while largely correlated with the transfer of talent from public to private sector, is also attributable to the blossoming of entrepreneurial talents and how large entities innovate and stimulate these efforts. The collaboration of business and government stakeholders in supporting its entrepreneurial ecosystem is likely to progressively drive improvements in China’s future GTCI ranking.”

Vinod Kumar, Chief Executive Officer, Tata Communications, comments: “Asia-Pacific is embracing technology driven shifts at pace, with much needed localisation of services for the Asian consumer. In parallel to these shifts, it is critical that mindsets must also transform at an organisation level for any digital transformation initiative to fully succeed. One that embraces and embeds a culture of hyper-customer-consciousness and willingness to adapt, maybe even letting go of the past. This is what will provide countries, cities and industry that competitive edge as we look towards the future.”

Ian Lee, Chief Executive Officer APAC and Group Executive Committee Member, The Adecco Group, says: “With an increasing demand for skilled professionals the world over, the Asia Pacific region needs to ensure it is set up to enable, attract, grow, and retain entrepreneurial talent. Countries and cities must foster an atmosphere of innovation while also providing an environment that encourages and incentivises entrepreneurs. Organizations across the region need to understand that the focus on entrepreneurial talent is not just limited to start-ups, it needs to be on the agenda for even the biggest companies. Without this crucial attribute, they risk falling behind as our economies evolve.”

New Zealand and Australia, ranked second and third in Asia Pacific respectively, continue to demonstrate strong performance with their consistent rankings within the top 15 globally. New Zealand (11th) is a global leader with respect to the Enable (5th) and Attract (4th) pillars. Its ability to attract both foreign and domestic talent is strong. The pillar that is holding back New Zealand’s overall rank the most is Vocational and Technical Skills (20th). Australia (12th) is the best performing country when it comes to Formal Education (1st).It also performs well with respect to the Retain pillar, but ranks comparatively lower in the pillars related to enabling talent and Vocational and Technical skills.

Japan (22nd) is one of the leading countries in enabling talent. The area with the most scope for improvement relates to attracting (45th) talent, where improving gender equality indicators presents a particu­lar challenge.

Malaysia (27th) is the only non–high income country to make it into the top quartile in the ranking. The country is a solid all-round performer in the GTCI, with quite consistent performances in all six pillars. It appears in the top quartile in all pillars apart from Retain (34th). There is room for improvement in retaining talent and in indicators related to improving quality of life.

South Korea (30th)’s strongest asset is  a good pool of Global Knowledge Skills (20th), with solid performances in both High-Level Skills (19th) and Talent Impact (20th). The biggest issue facing the country is its ability to attract talent. Like Japan, it performs particularly poorly with respect to the gender equality indicators.

India (80th) remains the laggard of BRICS. Its best performance is to grow talent, which is the only pillar where the country is positioned above the median. Notwithstanding the scope for improvement across the board, India’s biggest challenge is to improve its ability to Attract and Retain talent, where it finds itself in the bottom quarter.

Globally, European countries continue to dominate the GTCI rankings, with 8 of them in the top 10. Unchanged from previous year, Switzerland ranks first globally, followed by Singapore and the United States.

The Global Cities Talent Competitiveness Index (GCTCI), now in its third edition, has been greatly expanded to cover 114 cities across the world (from 90 cities last year and 46 cities in its inaugural edition). The jump in city coverage attempts to uncover more valuable insights into what sets some cities apart from others in the development and harnessing of talent.

This year’s GCTCI shows how cities are continuing to play a growing role in shaping talent policies and strategies, as well as in adopting imaginative ways in which talent can be grown, attracted, and retained locally.

Bruno Lanvin notes that, “For the first time in the GCTCI, an Asian city has emerged in the Top 10. Seoul (10th) performs exemplarily, ranking first in the Enable pillar among these 114 cities. Out of the 29 cities ranked in Asia Pacific, 11 are from mainland China. The rise of Asian cities on the global talent radar screen is bound to continue its increase in the coming years, aligned with greater national efforts to develop smart cities.”

The next edition of the GTCI (GTCI 2020) will focus on the theme of ‘Global Talent in the Age of Artificial Intelligence’. With Artificial Intelligence (AI) technologies permeating economies and societies, the global talent competitiveness will be redefined. The GTCI 2020 will explore what countries and cities are best positioned to benefit from the AI revolution.

Tata Communications is a leading global digital infrastructure provider that powers today’s fast- growing digital economy. The company’s customers represent 300 of the Fortune 500 whose digital transformation journeys are enabled by its portfolio of integrated, globally managed services that deliver local customer experiences. Through its network, cloud, mobility, Internet of Things (IoT), collaboration and security services, Tata Communications carries around 30% of the world’s internet routes, and connects businesses to 60% of the world’s cloud giants and 4 out of 5 mobile subscribers. The company’s capabilities are underpinned by its global network, which is the world’s largest wholly owned subsea fibre backbone and a Tier-1 IP network. Tata Communications Limited is listed on the Bombay Stock Exchange and the National Stock Exchange of India, and it serves customers in more than 200 countries and territories worldwide through its technology capabilities and partnerships. www.tatacommunications.com

As one of the world’s leading and largest graduate business schools, INSEAD brings together people, cultures and ideas to develop responsible leaders who transform business and society. Our research, teaching and partnerships reflect this global perspective and cultural diversity. With campuses in Europe (France), Asia (Singapore) and the Middle East (Abu Dhabi), INSEAD’s business education and research spans three continents. Our 155 renowned Faculty members from 40 countries inspire more than 1,300 degree participants annually in our MBA, Executive MBA, Specialised Master’s degrees (Master in Finance, Executive Master in Change) and PhD programmes. In addition, more than 12,000 executives participate in INSEAD Executive Education programmes each year. INSEAD continues to conduct cutting-edge research and innovate across all our programmes. We provide business leaders with the knowledge and awareness to operate anywhere. These core values drive academic excellence and serve the global community as The Business School for the World. www.insead.edu

About The Adecco Group

The Adecco Group is the world’s leading HR solutions partner. We provide more than 700,000 people with permanent and flexible employment every day. With more than 34,000 employees in 60 countries, we transform the world of work one job at a time. Our colleagues serve more than 100,000 organisations with the talent, HR services and cutting-edge technology they need to succeed in an ever-changing global economy. As a Fortune Global 500 company, we lead by example, creating shared value that meets social needs while driving business innovation. Our culture of inclusivity, fairness and teamwork empowers individuals and organisations, fuels economies, and builds better societies. These values resonate with our employees, who voted us number 5 on the Great Place to Work®—World’s Best Workplaces 2018 list. We make the future work for everyone. The Adecco Group is based in Zurich, Switzerland. Adecco Group AG is registered in Switzerland (ISIN: CH0012138605) and listed on the SIX Swiss Exchange (ADEN). The group is powered by nine global brands: Adecco, Adia, Modis, Badenoch & Clark, General Assembly, Lee Hecht Harrison, Pontoon, Spring Professional and YOSS. www.adeccogroup.com