Tata Communications, a leading global digital infrastructure provider, and NEP Broadcast Solutions, a division of NEP Group, are together enabling the remote production of VIVO Pro Kabaddi League (PKL) for Star Sports, the number one sports broadcaster in India and subsidiary of 21st Century Fox. Now in its sixth season, this is the first time that PKL is being produced remotely by harnessing superfast connectivity.

The PKL is the largest league in the nation in terms of footprint, and the second most popular sports league in terms of viewership after the Indian Premier League (IPL). The 2018 season consists of 138 matches taking place over 91 days (October 7th 2018 – January 5th 2019). It is being streamed across six channels and in five languages – Star Sports English, Star Sports Hindi, Star Sports First, Star Sports 1 (Tamil), Star Suvarna Plus (Kannada) and Star Maa Gold (Telugu). 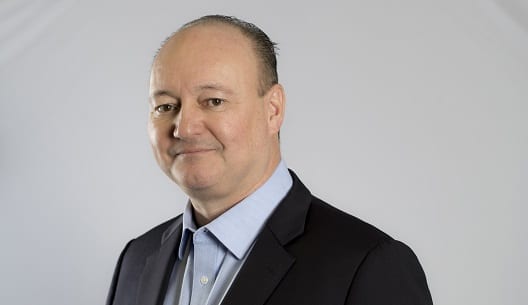 “To deliver the highest-quality content, increase efficiencies and reduce costs for broadcasters and create a TV experience that is closest to witnessing a match live in the stadium, broadcasters globally are now following in Star Sports’ footsteps and embracing remote production.”

Given the back-to-back schedule of events in multiple locations, Star Sports has partnered with Tata Communications and NEP to streamline and reduce the cost of the broadcast of PKL with remote production. This means that production teams don’t need to travel to each venue, and the different localised broadcasts can be brought to audiences more efficiently.

During each match, the remote production team (the director, vision mixer, audio engineers, EVS operators, producers and graphics team) operates out of the Star Sports facility in Mumbai, whereas the production crew along with NEP’s engineering team (cameramen, sound assistants, talent producers and the production management) are on-site. They collaborate seamlessly in real-time to deliver every moment of the action to more than 200 million viewers using Tata Communications’ Video Connect network. It ensures the smooth transmission of a combination of signals and camera feeds from each fixture because of its ultra-low, four-frames-per-second latency and hitless switching capability. NEP’s flight pack Broadcast Lite – which allows a quick set-up in minimum space without any compromise in functionality and quality – makes it easy for Star Sports to produce both the world feed and regional language feeds. These consist of 27 unilateral camera feeds that are sent from the venues to its Mumbai hub, and 4 return feeds that are sent back to the venues, along with associated AES audio feeds.

“As India’s number one sports broadcaster, we have always pushed the boundaries of what’s possible,” a Star India spokesperson said. “Harnessing the joint capabilities of NEP and Tata Communications allows us to bring this incredible — yet logistically complex — series of matches to millions of Kabaddi fans across India without a glitch. And, thanks to the efficiencies gained through remote production, we can focus our efforts on enhancing how people are able to enjoy and engage with their favourite sport.”

“The millions of kabaddi fans across India don’t want to miss a millisecond of the on or off-court action, which means that the production of each PKL match needs to be completely seamless,” said Brian Morris, Vice President and General Manager, Media & Entertainment Services, Tata Communications. “At the same time, broadcasters are under pressure to increase efficiencies and reduce costs to ensure good return for their sports investments. To deliver the highest-quality content to audiences and create a TV experience that is closest to witnessing a match live in the stadium, more and more broadcasters globally are following in Star Sports’ footsteps and embracing remote production.”

“We are delighted to partner again with Star Sports and Tata Communications on enhancing the viewer experience by seamlessly broadcasting sporting events to millions of fans using remote production. This teamwork demonstrates that leveraging the unified force of leading organisations can drive innovation in the broadcasting industry while improving efficiencies,” said Saeed Izadi, President, Broadcast Solutions, NEP. “Together, we are redefining the production of kabaddi in India.”

In less than a year, this is Star Sports’ second major remote production project with Tata Communications and NEP. Earlier this year, the two companies joined forces for the remote production of the entire VIVO IPL 2018 league that consisted of 60 matches taking place over 50 days in nine cities.

For over 30 years, NEP has been a worldwide outsourced technical production partner supporting premier content producers of live sports, entertainment, music and corporate events. Our services include remote production, studio production, audio visual solutions, host broadcast support, premium playout, post production and innovative software-based media management solutions. NEP’s 3,000+ employees are driven by a passion for superior service and a focus on technical innovation. Together, we have supported productions in over 85 countries on all seven continents. NEP is headquartered in the United States and has offices in 24 countries. Learn more at nepgroup.com.