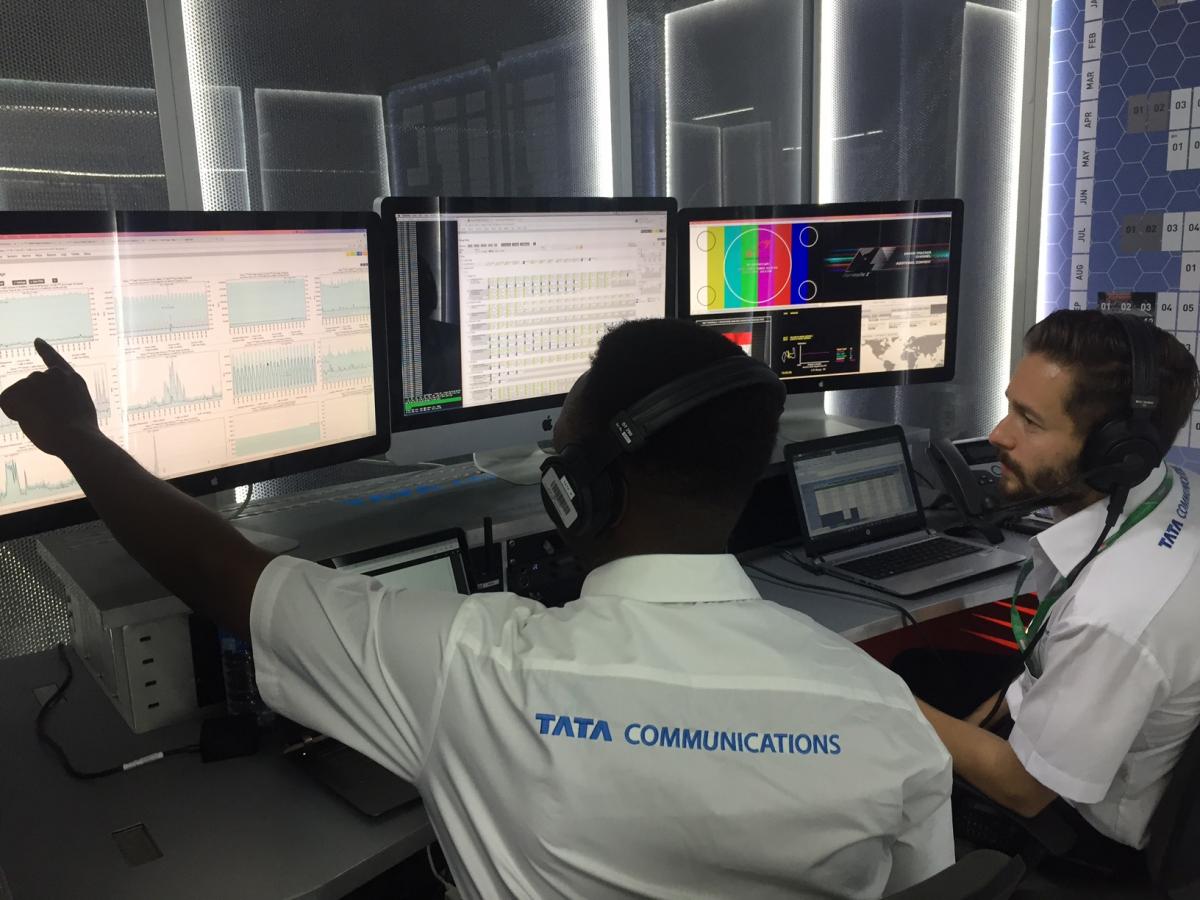 Tata Communications and Formula 1® have conducted a test of truly live 360º video at the 2017 Formula 1 Singapore Airlines Singapore Grand Prix to show how the F1® racing experience could be augmented for fans worldwide by enabling them to experience the action in and around the circuit almost as if they were there. To-date, any 360º video experiments in sports have been hampered by a 30-second delay between the 360º video and live TV feeds, preventing a widespread adoption of the technology. This proof-of-concept by Tata Communications and Formula 1® is the first time when the live 360º video feeds and TV broadcast have been shown in complete sync.

“Through this proof of concept, we’ve explored how live 360º video, and next VR, could transport fans from across the globe to the middle of the thrilling world of F1® and enable them to immerse themselves in each Grand Prix™ like never before.”

There were two 360º cameras at the Marina Bay Street Circuit in Singapore in the trackside and paddock to show how viewers at home could immerse themselves in the world of F1® and experience these exclusive areas through a virtual reality (VR) like environment via the Official F1® App. For example, during a Grand Prix™ build-up, fans could use their tablet to access a live 360º video feed from the paddock and see the biggest names in the sport. Or, during a race, as a driver pulls into the pits for a tyre change, fans could complement the action on TV with a 360º view of everything that is happening in the pit lane in real-time.

“We’ve done this test to show how a fan could watch Lewis, Sebastian or any other drivers coming into the pits on TV, grab their tablet and get a second, completely in sync 360º view of everything going on around him while he is there – not 30 seconds after he has driven off!” said John Morrison, Chief Technical Officer, Formula 1®. “In a sport like F1® where every millisecond matters, there are huge opportunities to empower fans to take control of key Grand Prix™ moments and create their unique, personalised race experiences through the powerful combination of live TV and 360º video.”

“We want to unleash the full potential the F1® fan experience through the latest digital technologies,” said Sean Bratches, Managing Director, Commercial Operations, Formula 1®. “Through this proof of concept, we’ve explored how live 360º video, and next VR, could transport fans from across the globe to the middle of the thrilling world of F1® and enable them to immerse themselves in each Grand Prix™ like never before.”

The live 360º video proof-of-concept follows close collaboration between Tata Communications and Formula 1® during the last five seasons to lay the foundations for the sport’s digital transformation, testing in action technologies such as UHD video and live broadcasting over the Internet (OTT), which could enable fans to experience F1® in new ways too.

“This proof of concept shows the potential of live 360º video to augment the F1® TV viewing experience and bring VR mainstream in live sports and entertainment,” said Mehul Kapadia, Managing Director of Tata Communications’ F1® Business. “Eliminating the delay in 360º video means that, for the first time, it’s possible to offer fans truly live 360º video experiences on a global scale. This will enable sports and entertainment organisations to engage with their audiences in new ways and generate new revenue streams – helping the 360º video and VR market achieve its USD $60 billion potential.”

The live 360º video feeds from the two cameras were distributed from the Marina Bay Street Circuit in Singapore back to Europe using Tata Communications’ Media Ecosystem, a complete, integrated set of media solutions. It includes the Video Connect service, which brings together traditional video contribution and IP connectivity globally in the cloud, underpinned by Tata Communications’ global network.

Tata Communications is the Official Connectivity Provider to Formula 1®, enabling the sport to seamlessly reach its tens of millions of fans across the globe.