The decade in tech – part one

As the world looks ahead towards a new decade and all of the exciting new technology we can expect to see, Song Toh takes us on a trip down memory lane looking back at five of the top tech developments from the last 10 years.

Was your flight grounded after ash from a volcanic eruption in Iceland shut down a large chunk of European air space for nearly a week? Or perhaps you queued up to buy one of Apple’s very first iPads. Tablets have changed the way many people think about computers, but the past 10 years have produced many other significant developments in the world of tech – whether they were new innovations or existing ones that came into their own.

Here’s part one of our look back at the decade in tech.

While 5G networks were switched on in some countries around the world in 2019, including China, South Korea, Germany and the UK, its impact won’t be truly felt for some time yet – but the influence its predecessor had shouldn’t be forgotten.

“The increase in speed brought about by 4G made high-quality music and video streaming on a mobile phone a reality.”

Meanwhile full desktop-style websites were now accessible rather than just streamlined mobile-only versions. This, combined with advances in app development, led to an explosion in mobile commerce and revolutions in all kinds of industries including banking and media.

The explosion in the amount of data needed and used meant that mobile service providers even started to offer unlimited data tariffs.

Whether you’re checking your email from a computer on the other side of the world, watching a YouTube video on your phone while you wait for a bus, or logging into your company’s proprietary systems when you work from home, the cloud has fundamentally changed the way we use computers. 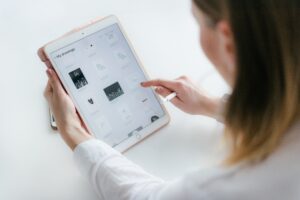 Gone are the days when you had to carry around USB sticks filled with your important files or email them to yourself – cloud storage services such as Microsoft OneDrive mean you can always access your drives, as long as you have an active internet connection.

“From a business point of view, cloud computing is more cost effective and more scalable and allows for new software to be deployed more quickly.”

Cloud computing has also allowed large amounts of data to be processed more easily, which has enabled the use of things like predictive analytics – a process that can be used to detect potential fraudsters and spot the signs of a cyber-attack before it’s too late.

Cloud computing has also completely transformed enterprise networking. Back in 2010, many large enterprises relied on private MPLS networks to access data and applications in proprietary data centres. But growing cloud adoption means that businesses have started to harness the power of the Internet, and hybrid networks like our IZO platform, to give their employees seamless, yet reliable, access to data and applications.

When Google launched its Android operating system in 2008, Apple’s iPhone dominated the smartphone market. The 3G version, which was cheaper and also saw the introduction of the App Store, appealed to a far wider range of people than the original model revealed by Steve Jobs the previous year.

But Android was designed to be open-source, meaning a whole range of manufacturers could use it with their hardware.

“Gradually Apple’s dominance was challenged by HTC, Samsung and handsets released – albeit made under licence – by Google itself.”

Android’s flexibility also meant it was perfect for running other devices, including smartwatches, TVs, in-car infotainment systems, and kitchen and other home appliances, making it a crucial player in the world of IoT.

3D printers have been around since the 1980s, but it’s only really been in the past decade that they’ve started to receive any significant mainstream attention. 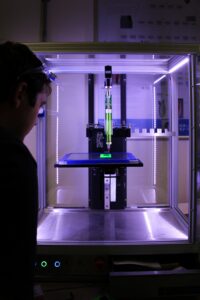 According to Sculpteo’s most recent State of 3D Printing report, businesses have significantly increased their use of the technology for R&D, proof of concept, prototyping, production and spare parts since 2015, with a particular jump in the past 12 months.

“Companies such as Nike, General Electric and Volvo have all taken advantage of 3D printing’s increased flexibility and reduced cost during the development of new products.”

You still won’t find a 3D printer in many homes, but they are becoming small enough and affordable enough for consumer use, while the vast online databases of designs mean blueprints can easily be shared among owners.

If you include spectacles, wearable technology has been around since the 13th century – but it’s only in the past decade that things started to get really smart. 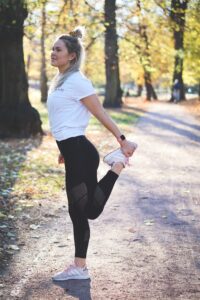 In 2009 Fitbit released its first fitness tracker, which was capable of counting steps and monitoring sleep, but the capability of wearable tech products has grown exponentially since then. Devices now come with things like GPS, excessive noise detection, fertility tracking, and heart rate monitors capable of spotting irregular rhythms, kickstarting a revolution in personal health monitoring.

The addition of contactless payment and rise in two-factor authentication for security purposes has also made wearable tech appealing to the less health conscious, with CCS Insight predicting the market will be worth almost US$30 billion by 2023 as 260 million units are sold worldwide.

What’s been your most significant technological development of the past 10 years? Stay tuned for part two of our decade in tech – and in the meantime, read Song’s previous blog post about the power of network transformation here.