This year my summer started with a visit to Yorkshire, joining an estimated 3.5 million cycling fans to see the 101st edition of the Tour de France kick-off. As a relatively recent fan of the world’s largest annual sporting event, what I learnt was fascinating and has many parallels with my business life. Here are the eight things that I believe businesses worldwide can learn from the Tour de France:-

1. Beating the competition: The Tour covers more than 3500 kms over 21 days and yet, often the margin between the winner and second place could be in mere seconds. The closest margin ever in Tour de France was recorded in 1989 when American Greg LeMond beat his nearest rival by just 8 seconds! This is not much different to business – long competitive battles can be won or lost by the smallest of margins.

2. Everyone in the team counts: While there are twenty- two teams participating with each team having up to nine cyclists, each rider has a role in the team. The rider at the front is called the puller, he takes the wind force for the others who are called drafters and get pulled along by the front rider. Everyone in the team is there to support the team lead to maximise his chance of winning the yellow jersey. The team lead would normally ride in the middle of the peloton using 20-40 per cent energy than the pullers at the front. In business, success requires a combination of many roles and skills – all aligned to the same goal.

3. Recognition matters: The green jersey is the one worn by the leader in cumulative points whilst the overall winner of the tour (with lowest cumulative time) wears the yellow jersey). But there are multiple other competitions classifications running including the King of the Mountain jersey – this white jersey with red polka dots is worn by the fastest rider in the mountain climbs. The tour winner usually shares his prize-purse with the team – just like in business, where for motivation and recognition to be effective, it should be inclusive and engage with the fans and riders alike – employees and stake-holders.

4. Consideration: The Tour de France riders have a gentleman’s agreement – riders can take a bio-break or ‘pauses pipi’ without trying to make up time on each other. Likewise in business, it is important to note that while competition can be fierce, consideration and kindness play a key role too in our business transactions. 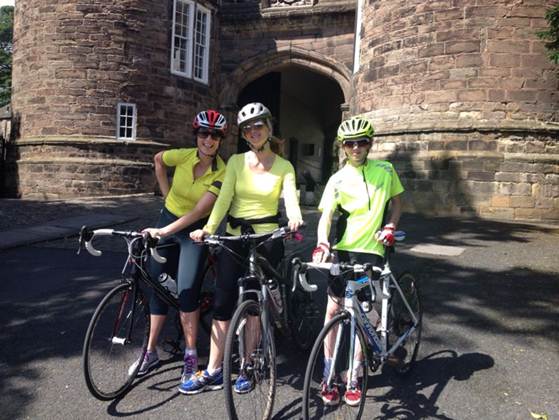 5. Getting started: The tour was created as a promotion to help sell newspapers for the French publication L’Auto-Velo in the quiet month of July when many readers were on a holiday. Today the tour has an estimated viewership of 3.5 billion across 188 countries. A lesson to always keep in mind – be creative in ways to get your business off the ground.

6. Free is good: The tour is unique in the world of sports, because it is free for fans to watch live and has become the biggest live sporting event in the world with estimated 12 million spectators along the route. The tour also generates $100 million in revenue across sponsors and hospitality. Businesses are today beginning to understand that getting to scale customer-adoption based on free models can also have other profitable revenue sources.

7. Strategy and physical skill: Winning the tour, like in business, is the result of meticulous planning and strategies that everyone in the team needs to follow. A good example is the attacks & counter-attacks during mountain climbs – one domestique will surge ahead and force a rival team to chase. As soon as the pack catches up another domestique will surge ahead. The goal is to tire out the opposing team and requires strategy and skill in equal measure – much like in business.

8. Marketing matters: L’Auto’s pages were yellow and that was the genesis of the yellow jersey for the overall winner at Tour de France. The maillot jaune has become a part of cycling lore. The maillot à pois rouges or polka dot jersey for the King of Mountains was decided by the then sponsor, Poulain Chocolate, to match a popular product. Good marketing never dates! Le Tour has moved with the times, surviving two World Wars, world economic turmoil and even scandals to continue to evolve and capture the imagination of spectators worldwide. I hope these lessons from Le Tour will also help businesses to stand the test of times. On a parting note, let me congratulate Vincenzo Nibali and the Astana Pro Team – the 2014 tour winners! Allez Allez Allez, Viva La Tour!