Future tech and the skills of tomorrow

With tech changing the workplace, what skills should we be teaching to prepare people for the future? Following World Youth Skills Day, Tata Communications’ Aadesh Goyal shares his perspective.

It’s a pretty common question that people get asked when they’re young: “What do you want to be when you grow up?”

The typical answers rarely match up to the eventual reality – an astronaut, a professional footballer, a doctor, a pilot – but that’s less because of children’s unrealistic expectations, and more because of changes in the labour market. 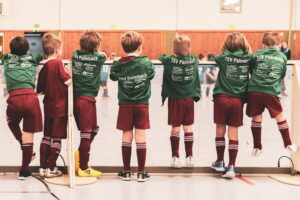 Traditionally, occupations were passed down through the generations of a family – a miner’s child became a miner, a farmer’s child became a farmer- but since the industrial revolution, the nature of work has been constantly evolving. Advancements in workers’ rights, employment law and consumer demands have changed the labour market beyond recognition, and the so-called fourth industrial revolution is likely to lead to even more dramatic changes than before.

“According to the World Economic Forum’s (WEF) 2016 Future of Jobs report, 65% of children at primary school today will actually end up doing jobs that don’t even exist yet.” 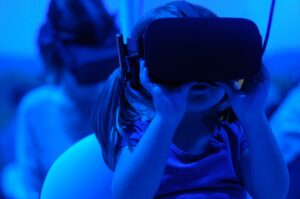 As technologies such as artificial intelligence (AI), machine learning and big data analytics continue to evolve and get adopted by more and more businesses, some jobs will disappear but a whole range of new ones will be created to replace those that are made obsolete. Existing professions will be enhanced too.

While robots might be able to make mechanical decisions based on millions of data inputs and their myriad potential outcomes, there are some things that humans will always beat them on. For example, there’s another layer of intelligence that only we have, so when it comes to making tough decisions, we will still hold the upper hand, particularly when other humans might be affected by the choices made. With more decisions being made and more quickly than ever before, leadership and strategic skills will become more important than ever.

“AI is also expected to augment the work humans already do. By taking over dull, repetitive tasks and freeing up time for people to be more innovative and creative, many companies expect AI to make their employees more agile and nimble, increase their curiosity and enhance their engagement.”

It could also help to improve communication and efficiency, particularly with teams that are based in different locations around the world and don’t necessarily share a common language. 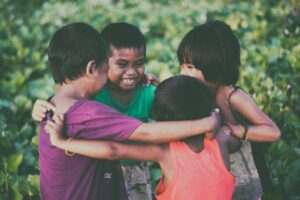 There are, of course, some jobs that are very unlikely to be lost to automation – jobs that involve teaching and communication, for example occupational and recreational therapists, psychologists, and supervisors of mechanics and emergency services. This list doesn’t just give us an idea of the jobs that are most likely to survive. It also shows us what kind of skills we should be developing in our workforce of the future: empathy, emotional intelligence and intuition.

Where do humans excel against machines?

In a whitepaper called ‘Education and the Fourth Industrial Revolution’, Graham Brown-Martin highlighted three key areas where humans are ahead of robots and are likely to remain so: creative endeavours, social interaction and physical mobility.

Education must switch focus away from raw data recall and procedures, and instead teach students how to apply their knowledge to solve real-world problems with the help of their new AI colleagues. Being able to work collaboratively and creatively and think critically and empathetically will be far more valuable. An AI might be able to complete calculations at a dizzying rate, but it’s unlikely it’ll ever have the emotional intelligence to deal with complex, uniquely human problems.

That’s not the only advantage human beings have either. Our bodies have an evolutionary head start of many thousands of years over robots, so putting our agility and dexterity to good use will be invaluable. You only have to watch a video of even the most advanced robots in the world trying to open a door to realise how far behind they are physically. 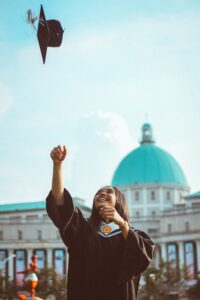 The mindsets of future workers will have to change though. In the past people trained for one job and then spent the rest of their lives performing it, but with the half-life of a skill now six years rather than 30, employers will increasingly be on the lookout for people who are flexible and willing to learn new things as they go.

“Adaptability is key, and businesses and education facilities alike should be investing and encouraging entrepreneurialism, up-skilling and additional training opportunities, to develop the most diverse working culture.”

Successfully integrating AI and robots into our working lives isn’t about competing with them for the same jobs, it’s a case of working with them and stepping in where their skill sets are lacking. Education should bring out the things that make us human and use our unique skills to complement AI and make technology work harder for us.

Discover more about AI and the future of work here.