Tech rescue: how IoT and AI can help save lives

With climate change high on the political agenda and natural disasters a regular occurrence, impacting populations around the world, we look at how IoT and AI are providing solutions and support in dangerous situations.

In 110 AD, an earthquake is believed to have hit the Dian Kingdom in China, likely killing thousands without warning.

Around 20 years later, a scholar named Zhang Heng developed an ornate device designed to monitor movements in the earth. This early seismograph resembled a bronze vase, with eight dragons’ heads mounted on the outside, one for each of the main compass points. Each of the creatures had a ball in its mouth, which would be dislodged if shockwaves were detected, indicating the direction from which the seismic activity had occurred. 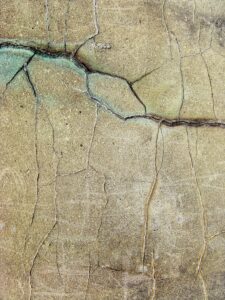 While the instrument could only notify observers of earthquakes that had already happened, in a time when sending messages could take weeks, it could still help when it came to sending assistance as swiftly as possible. Indeed, a few years later, one of the dragon’s balls dropped and a few days later a messenger arrived with news of a quake several hundred miles to the west – exactly as the detector had indicated.

“Nearly 2000 years on and even the most advanced early warning systems can only give a few seconds notice of an impending earthquake, but advances in the internet of things (IoT) mean we don’t have to rely on decorative dragons anymore.”

The state of California is no stranger to earthquakes. It has a history of devastating tremors, with a 6+ magnitude pair in July responsible for buckled highways and damaged gas lines – but a recently launched early warning system could help to save lives in the event of another ‘Big One’ striking a major city and wreaking havoc.

SkyAlert is an IoT-based early warning system that is soon to launch in California, Oregon and Washington, but has been active in Mexico for a number of years, where it has around six million users. It uses a network of seismometers embedded in the walls of buildings to measure tectonic activity throughout the region. These sensors are connected by fibre-optic cables and only buildings with emergency back-up power are chosen to ensure there are no dropouts in connectivity. 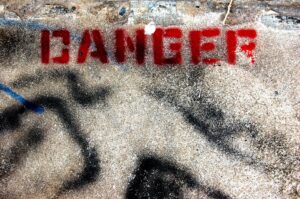 When seismic motion is detected, a cloud-based platform sends notifications to users’ smartphones and wearables and activates standalone warning devices installed at schools and businesses in at-risk areas. Alerts are colour-coded depending on the intensity of the earthquake, with louder alarm sounds for more serious tremors. People who only respond to a quake when the shaking starts are likely to waste precious time working out what to do, which could increase their chance of injury or death, but SkyAlert can warn people up to two minutes before it strikes – 40 seconds sooner than other systems.

The system’s work isn’t done when the shaking stops either. Its standalone warning devices are based on Raspberry Pi computers and include accelerometers, plus Zigbee modules that are capable of detecting the presence of smoke and natural gas, so an initial assessment of the damage to the building can be made remotely. Users can also use the app to ask for help in the aftermath of a disaster, with a live emergency chat room allowing them to communicate effectively with help.

“The sensors can also be used to monitor temperature, humidity, and air pressure, so this kind of technology can also warn of incoming hurricanes, tornadoes and other destructive weather events.” 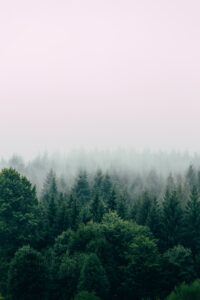 Sensors on trees can also measure temperature, moisture, CO and CO2 levels, which can help to predict which areas could be susceptible to forest fires in particularly hot and dry periods.

Prevention is better than cure

Technology cannot prevent disasters from occurring but it can help us to be better prepared in the event of a catastrophe. Companies such as One Concern use machine learning to identify and quantify the likely impact of natural disasters on particular neighbourhoods, helping to build long-term resilience, while IoT devices can be used to monitor the integrity of buildings, bridges and other parts of the infrastructure, alerting local authorities in advance when attention is needed and warning if structures are deemed unlikely to withstand any predicted extreme weather.

“IoT tech can also help to coordinate the emergency response and improve planning and communication between first responders.”

BlueLine Grid, for example, was set up by a former NYPD commissioner in 2014. A mobile communications platform that connects all users to a network of first responders, law enforcement officials and security staff, enabling the efficient use of voice, text and location services in the relief effort. 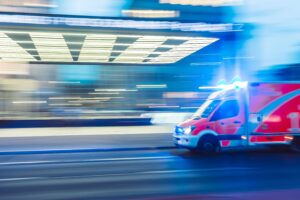 Even social media can play an important role. As well as Facebook’s ‘mark yourself safe’ feature, which is activated for users in particular locations after life-changing events, and chatbots to provide information to survivors far quicker than humans could, artificial intelligence (AI) can be used to analyse posts for cries for help. After the devastating 7.8 magnitude earthquake in Nepal in 2015, volunteers quickly assembled thanks to tags in related photos and tweets, with AI then used to analyse the posts and identify which areas had the most urgent need for resources and assistance.

Evidently, we’ve come a long way since Zhang Heng’s 2000-year-old ball-based detection device, but there’s a part of its design that turned out to be particularly relevant. When a ball was dislodged from a dragon’s jaws it landed in the mouth of a bronze toad, while in 2010 a colony of the pond dwellers was observed unexpectedly abandoning its home five days before a quake hit less than 50 miles away. Coincidence? Maybe. Or perhaps the amphibious animals offer a surprisingly prescient early warning system when it comes to earthquake detection.

The potential benefits that IoT might bring are yet to be truly realised. Countries like India are paving the way, heavily investing in technology to create 100 smart cities by the year 2020. With an integrated tech infrastructure, India is developing an entire smart ecosystem able to monitor and adapt to the needs of its inhabitants in countless ways.

“Innovations in IoT will not only help to alert us to dangers around natural disaster, but consistently survey our environment to signal risk, such as exposure to pollution or resource shortages.”

With the ability to continuously evolve and build on this, we can harness the power to improve standards of living, raise health and ultimately save lives.

Read more about the potential of IoT in India.