Looking forward to the next 50 years of the Internet

Last week was the 50th anniversary of the Internet. The Internet has evolved a huge amount in this time, but the big question is what will the next 50 years bring?

When the first humans landed on the moon in July 1969, you’d have got very good odds on that being the most important scientific event to happen that year.

Fast forward a few months to October 1969, though, when computers at Stanford and UCLA were quietly linked in the first experiment of its kind. I say quietly, because of course there was no emailed press release, no social media posts and resulting buzz, no reems of online newsprint about the achievement, no 24-hour rolling news interviews streamed on mobile phones the world over.

“That’s because all of these things would one day rely entirely on that innovation.”

Out of this (technically impressive) acorn grew the mighty oak that we call the Internet today.

Looking back to that event which happened 50 years ago this week, it’s hard to imagine that even those brilliant researchers could have foreseen the ways in which the Internet would change the world forever. 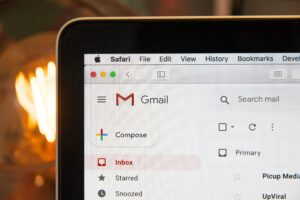 Since then we’ve seen the rise of email, anytime/anywhere access to information, social media, the Internet on smartphones, content streaming and the Internet of Things. Reeling off a list of internet-enabled technologies like that automatically downplays the massive, global significance of these developments. But frankly, it’s hard to imagine the world we live in today without one of those things, let alone all of them. Without the Internet, none of them would exist and our world would be irrevocably different.

Against this sort of backdrop of massive technological change – which later becomes almost mundane through familiarity – it’s easy to forget an important element. Although anyone reading this blog probably takes their internet access for granted, billions of people still don’t have internet access today.

How many exactly? Well, the United Nations agency the International Telecommunication Union estimated that the close of 2018 was the first time that over half the world’s population had access to the Internet. By that benchmark, something like 3.9 billion people were still without internet access at the end of 2018.

“It’s easy to talk about the internet without acknowledging that like any development, it brings both good and bad.”

But when we look ahead to the next 50 years of the online world, we think the outlook is incredibly positive. Much of that optimism comes from the opportunities presented by getting far more of the world’s population online so that they too can learn, be inspired and engage with a global community. 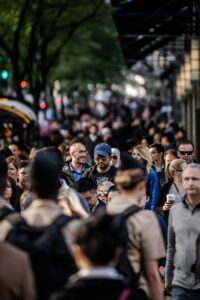 Today, access to online services, information and entertainment enriches the lives of just over half of the world’s citizens. 3.9 billion connected people is an amazing achievement, but it also leaves plenty of room for improvement. Tata Communications operates some 30% of the world’s global internet routes, providing the network backbone on top of which service providers and other companies build solutions to connect people everywhere to possibly the most significant human innovation ever created.

“So this week as we start the Internet’s next half century, it’s time to reflect on that achievement, but it’s also time to think about what the future of the Internet looks like.”

We hope it’s a future in which far more of the world’s population can enjoy all the many advantages of connectivity. As more and more people get connected, technology itself will continue to develop in parallel unlocking ever more powerful benefits. This in turn will create a multiplier effect, where more lives can be improved, more successfully, by more effective technology.

It’s an optimistic view, but that’s our hope for the future. Bring on the next 50 years.

To learn more about the transformational potential of connectivity, read Anthony’s recent blog post about how AI and IoT can help save lives here.