Vice President and Global Head of Corporate Venturing and Innovation

A common business mantra stating that in order to succeed entrepreneurs must ‘fail fast and fail often’ is often not applied to those already working within a company. This is, as Ankur Jindal argues, a short-sighted approach for budding intrapreneurs. 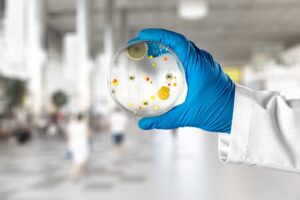 When bacteriologist Alexander Fleming returned from a holiday in 1928 to find mould growing on one of his petri dishes, he probably thought his experiment was destined for the bin. But when closer inspection revealed that the mould had inhibited the growth of bacteria around it, the most famous accidental discovery in history was born.

Penicillin was the first true antibiotic, heralding the start of a new age in medicine, but at first glance the circumstances surrounding its development were a complete failure. While the events that led to it might seem like a one-off, the lessons Fleming’s discovery teaches us about innovation are still relevant to modern businesses nearly a century later.

“Instead of treating unexpected outcomes as failures, learning lessons from mistakes and making them an acceptable part of an organisation’s culture can lead to the biggest breakthroughs of all.”

Penicillin wasn’t the first (or last) unintentional invention. Countless other everyday items have come about as the result of a happy accident, proving that sometimes failure is the path to success and exploring new paths can be beneficial to all – even when the results aren’t exactly as intended.

In 1895, experienced German physicist Wilhelm Röntgen was alone in his lab experimenting with a Crookes tube – a puzzling device that emitted a strange glow when a large voltage difference was set between the anode and cathode inside it.

Röntgen realised that it was also giving off a new type of radiation that could pass through solid objects and make them appear transparent on a screen. When he held his hand between them, he could see the outline of his bones, changing the way doctors would evaluate patients forever.

One thing that will definitely show up in an x-ray is an implanted cardiac pacemaker, a life-saving device that was 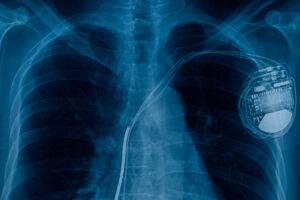 also invented by accident. In 1956, American electrical engineer Wilson Greatbatch was building a device to record heartbeats, but after he fitted the wrong resistor it started to emit electrical pulses instead.

Previous implantable pacemakers had failed after a matter of hours or days, making them impractical, but the mercury battery powering Greatbatch’s invention lasted up to two years, with further advancements increasing the lifetime of the devices – and by extension their patients – even further.

Super Glue has been accidentally sticking fingers together since 1958 but inventor Harry Coover first discovered its highly adhesive properties when he was trying to develop transparent plastic gun sights for Allied soldiers during World War II.

While it was too sticky for the army, Coover stumbled across the substance again nine years later when working on

a project to make heat-resistant seals for jet canopies, and its commercial potential was finally realised. Soldiers in Vietnam also used it to seal wounds on the battlefield, leading to a less toxic version being developed for medical use. The microwave oven has revolutionised cooking since its invention in 1946 – but it only exists because of a melted chocolate bar.

Percy Spencer was an engineer working on radar technology at a company called Raytheon during World War II.

“While testing the power level of a magnetron tube one day he discovered his lunchtime snack had become a gooey mess in his pocket.”

After an egg he put underneath the tube also exploded, he brought in some corn kernels to pop and every lazy cook’s dream came true.

Everybody’s favourite toy spring actually began life in the US Navy. In 1943, Richard James was working on a system to stabilise a ship’s instruments in choppy seas, when he knocked a spring off a shelf.

Noticing how it neatly arced to the floor, the naval engineer thought he had the makings of a good toy. After deciding on 80 feet of steel coiled in a two-inch spiral, he had a local machine shop produce 400 Slinkys and put them on sale in a Philadelphia department store. They sold out in less than two hours.

The Slinky even had a second accidental use when soldiers during the Vietnam War used them as ultra-portable, hyper-extendable antenna for their radios.

“Some of history’s most life-changing inventions (and a classic toy) have come from those aiming for one thing and discovering another.”

Under different circumstances, these experiments could have been seen as failures, but with the right approach all became far more successful than ever imagined.

Failure is crucial to finding success – it’s how you deal with it when it happens that matters. That’s why Tata Communications created its Shape the Future initiative, which is designed to fan the flames of innovation and incubate the best ideas from within the company – with support to clear every hurdle on the way.

While organisations will always have key objectives to meet, fostering an environment of intrapreneurship and encouraging employees to experiment without fear of failure could lead to your business creating the next big thing – even if it does happen completely by mistake.