The era of smart and connected cars is here

As the automotive industry competes to release the most advanced, connected car they can, Damien Stephens takes a look at the challenges and opportunities there are for retrofitting older models.

What kind of car do you drive? A Prius, Focus or maybe a Golf? Perhaps you’re on first-name terms and prefer to refer to your ride as Pete, Freddy or Gerry? Regardless of whether you find rechristening your wheels quirky or cringeworthy, a 2018 survey by the UK’s Driver and Vehicle Licensing Agency found that nearly 30% of drivers have given their car a nickname. While Brits might be more likely to name their cars than drivers in the US or India, it does show that some people treat their cars almost like big, mechanical pets. 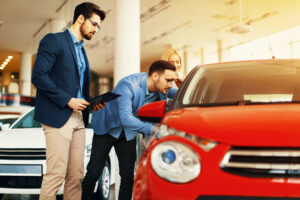 It’s of course not just because of emotional attachments that people are often keen to keep hold of their vehicles for as long as possible. After all, buying a new car is expensive. And, even when it’s time to swap Freddy for a newer model, most drivers in the US, for example, opt for a used car instead of a new one. In 2018, out of the almost 60 million cars sold in the country, around 40 million were used – or pre-loved – vehicles, despite newer models with more advanced technology coming to market. So, the average age of vehicles on American roads has gone up by around 4% in the last five years, reaching the tender age of almost 12 in 2019.

This might sound surprising, especially as automakers worldwide are racing to bring to market the latest and greatest connected cars and investing in R&D to enable autonomous driving in the future.

“Ovum predicts that there will be 1.5 billion cars on the world’s roads by 2022, with 300 million of them boasting different connected features.”

That might sound like a lot, but it’s only 20% of the planet’s total fleet, meaning more cars may well have nicknames than IoT capabilities.

For maximising the wider impact of IoT, a lack of connected cars could become a problem. Many of the wider 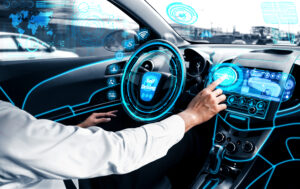 benefits of IoT, such as traffic management systems, road safety initiatives and smart city infrastructures, rely on as many points creating data as possible in order for systems to build up a comprehensive picture of what’s happening within the world. The better the insights, the more effectively things can be managed – but the more vehicles that aren’t on the grid the less efficient the whole system can be.

This disparity might seem like a significant hurdle for transport-based IoT to overcome, but it also could also create a great new opportunity for a burgeoning ‘aftermarket’ IoT industry.

“If connectivity and sensors could be retrofitted to a higher number of older cars, the much-talked-about vision of a truly smart cities and connected car ecosystems could become a reality for more people around the world.”

Given the high proportion of older vehicles on the roads, it will be a challenge to equip them with IT connectivity. Vehicle manufacturers and more importantly local dealers, could both be well-placed to install the necessary SIM cards and sensors in cars that were originally built without them, ensuring that everything works holistically. However, this could also pave the way for new dedicated connectivity equipment installers. Such specialist businesses could also offer other value-added services and expertise, including apps for diagnostics or geo-located breakdown and repair assistance.

Once a previously unconnected vehicle has been given a new lease of life with IoT, drivers and passengers could soon be looking for ways to take advantage of their car’s new data-enabled capabilities. The average connected car generates around 4TB of data each day, and it’s not just used to help the traffic flow in your local city centre.

“Onboard sensors can capture data to monitor road and driving conditions to inform other road users of areas to avoid and alert local authorities to highways that are most in need of attention.”

They can also collect data on car usage and driver behaviour, which in turn helps with usage based insurance 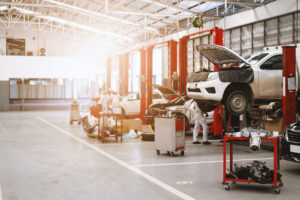 policies and helps fleet managers make business decisions remotely based on driver performance. All the data collected could steer automakers’ future vehicle designs too, thanks to the wealth of data on drivers’ preferences at their fingertips.

One issue with retrofitting older cars with SIMs and IoT-enabled sensors does remain, however. Unlike cutting-edge eSIMs – which are built into vehicles at the factory – traditional SIMs are always associated with a specific mobile network operator. And that network might be super-fast in some places and have not-spots in others, leading to a poor driving experience in the newly connected car. The latest eSIMs however, give the car manufacturers the flexibility to choose the best mobile network and swap connectivity depending on the different data needs of various connected car applications.

Ultimately, regardless of how a car gets connected, the crucial thing is that more drivers are able to tap into the opportunities that IoT offers: seamless access to infotainment, predictive maintenance and navigation insights, not to mention the many way in which cars could communicate with the world around it. It will all make our roads safer and people’s lives easier too. Given this transformational potential – not to mention the new revenues that it could generate – automakers should consider how to connect both new vehicles and their older cousins already on the roads – including the ones with nicknames.

Read more about the technologies revolutionising the automotive industry here.