Head of IT Infrastructure and Operations at Mott MacDonald.

In this blog, Bradley Tullett describes how Mott MacDonald used its mature digital transformation programme as a springboard to tackle the COVID-19 crisis and helped keep the company’s operations running fully effectively. As Head of IT Infrastructure and Operations at Mott MacDonald, Bradley’s team provides and supports services for 16,000 users in 150 countries. That’s no mean feat.

Bradley and his colleagues share great things that happened when they and their partner for nine years, Tata Communications, worked together to enable the Mott MacDonald team to confront that task.

While adopting collaborative technologies isn’t exactly new, working from home came to the fore when the COVID-19 pandemic struck. Companies had to equip their people with the relevant technology and capabilities to be tightly engaged and fully informed with assured security and business continuity while outside the office for indeterminate periods.

Mott MacDonald had successfully introduced Skype for Business into its organisation in the mid-2010s, with the voice side implemented and managed by Tata Communications.

We’d been digital by default for some years, including the use of Skype for Business and Office 365. However, as Microsoft Teams was able to better utilise the bandwidth, we started moving our legacy Skype connections to Microsoft Teams. We started this exercise to ensure better collaboration within our workforce, but there was no immediate rush. Or so we thought. 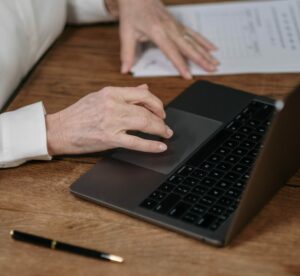 Designed to deliver a better experience

But as the full force of COVID-19 was felt in early-2020, lockdowns became a straitjacket for businesses and consumers alike.

Mott MacDonald acted fast and decided to move all employees to work from home on March 23rd of that year.

Although Skype works OK in an enterprise environment, its performance would reduce significantly when used on private connections. That meant, if nothing was done, the effect would be thousands of Mott MacDonald people stranded on their personal internet and Wi-Fi services not designed for business-oriented traffic. Complaints about quality communications surfaced rapidly and not just from employees.

“The priority was to improve the Skype at-home experience while accelerating the Microsoft Teams rollout, because it’s designed and built to deliver a much better experience, especially for voice,” says Joe Chambers, Microsoft Teams Service Owner at Mott MacDonald.

Tata Communications does the heavy lifting

Prior to COVID-19, Mott MacDonald’s plan had been to complete the Microsoft Teams conversion within a year. When the pandemic suddenly loomed, principal decisions were taken over a single weekend. In recognition of its nine-year partnership, Tata Communications was brought in to do the heavy lifting in what amounted to completely flipping the one-year plan on its back.

As part of the ongoing Mott MacDonald digital transformation programme, MPLS and fibre network connectivity had been replaced by high-capacity public internet links from Tata Communications. It was that foundation that meant we could drop our dependency on legacy infrastructure and successfully navigate the challenges COVID-19 had thrown at us.

All virtual, and conducted across several levels, those sessions ensured full transparency and created strong interlocks between both companies.” 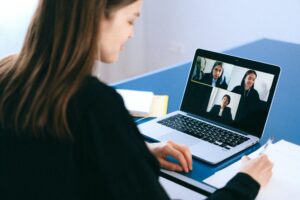 The introduction of Microsoft Teams was arranged to match a regional schedule drawn up by Mott MacDonald to bring the fastest benefit to those most in need, wherever they were. “We turned around the most urgent cases in days while the entire worldwide project was completed by September 2020, exactly half the originally-planned timescale,” says Zach Cline, Infrastructure Solutions Specialist at Mott MacDonald.

“It’s a huge credit to our team that operational changes happened without a hint of business disruption,” says Neelam. “We focused our people on the collaborative tools, while Tata Communications concentrated on the technical elements like architecture strategy. One day users were on Skype, the next morning they were on Microsoft Teams using cloud plug-ins and were ready to go. It was only because of Tata Communications we were able to accelerate this project as much as we did.”

In the first phase, 200+ members of the IT team became the first Mott MacDonald Microsoft Teams trial cohort. 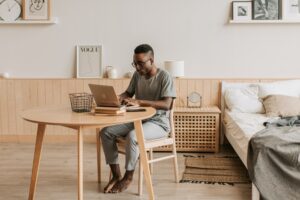 No ripples on the surface

Principal benefits to Mott MacDonald are better team working across time zones, the agility of an end-to-end cloud environment, increased productivity, and speedier time to market.

“From an end-user perspective, Mott MacDonald employees working from home can now make full use of high-capacity apps like CAD and virtual desktops, while at exactly the same time enjoying collaborative features,” says Joe. “That includes audio-based apps like meetings and voice calling, which are much better managed by Microsoft Teams.”

Such tangible benefits are a direct reflection of the historic multi-year investment Mott MacDonald made in converting its corporate network infrastructure to a public internet-based architecture with the help of Tata Communications.

Doug Lewis, Account Director at Tata Communications, adds: “Mott MacDonald and Tata Communications have enjoyed a longstanding business relationship and this project is a fantastic example of the collaboration between our two companies. We are delighted to have played such a significant part in enabling the maturity of Mott MacDonald’s collaboration capability, especially during the challenges that COVID-19 presented.”

This was the most successful global IT project I’ve been involved in. We beat our own timescales and came in under budget. People at all levels shone brightly and closely co-operated. When tech challenges occurred, we worked together to fix them; swiftly and surely. There were no ripples on the surface. Projects don’t run smoother than that.

Discover more about the future of collaboration in the workplace.