In this blog, Ahmad Hamad, Chief Commercial Officer, Terranet, discusses how TerraNet and Tata Communications have been working together to support the growth of an airline company with the network solutions

Handling around 60 percent of all imports, including food and medicine, the port of Beirut connects Lebanon to the world. In August 2020, there

was a devastating explosion in the port, killing over 170 people and injuring about 6,000 more. With repairs estimated at up to $15 billion, around 300,000 residents were rendered homeless. The following COVID-19 pandemic made matters even worse. The financial situation deteriorated as the deadly blast had pushed tens of thousands of people into poverty.

As we shall see, the effects of those twin disasters were to affect the IT and network infrastructure improvement plans of one of the major Lebanon airlines. In fact, before the Beirut explosion and COVID-19 pandemic crises, things for this airline had looked much better. With one of the most modern fleets of aircraft in the world, the company was looking to replace its network services. It had previously been served by local internet links with uncertain bandwidths, security loopholes, and lack of reliability, which affected online and face-to-face customer service.

In 2018, the airline was looking for a partner who could assist with the required connectivity upgrade. An RFP was issued, and the primary reason Tata Communications was chosen came down to its cross-border reach, cost optimisation, 24/7 support, strong security for protection against cybercrime, and partnership capability. The airline company therefore decided to go ahead with the network solution offered by Tata Communications and its partner TerraNet.

“The proposed solution was based on IZO™ Hybrid WAN with majority of sites on MPLS and few sites on Tata Communications’ flagship IZO™ Internet WAN service.”

The architecture would be an any-to-any mesh with Secure Internet Gateway Services (SIGS) for central internet breakout. Planning to serve 64 locations across countries in the Middle East, Africa, Central Asia, and Europe, the IZO™ Hybrid WAN connectivity solution would have ensured 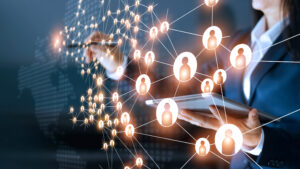 seamless traffic handshakes with TerraNet in London to enable connectivity to all airline-deployed sites.

Working in close partnership with Tata Communications for over three years, TerraNet has worked on numerous enterprise projects. The two companies had also stepped in to help provide connectivity to people forced to work from home during the pandemic, as well as provide IT and telecom services to hard-pressed healthcare establishments in Lebanon.

Standing shoulder to shoulder in adversity

That was all before the explosion in Beirut and the resignation of the government. Many of the displaced members of parliament would focus instead on supporting projects to rebuild the city’s physical infrastructure.

Difficult enough with the COVID-19 pandemic cutting swathes through commercial and leisure air travel, raging inflation in Lebanon added to the woes being felt by the said airline. Things were hard for them with domestic and international air traffic descending to record lows.

“Tata Communications is offering support and lessening the impact on the current network project by deferring phases to match the airline’s revenue stream.”

The full-scale network implementation will involve liaison between TerraNet and 80 local partners in countries across the Middle East, Africa, central Asia, and Europe. Special civil engineering works will be carried out around COVID-19 restrictions with careful travel arrangements to cater for unique requirements.

Currently, 14 of the 64 planned global sites of the airline have been connected to the MPLS infrastructure. There have been unavoidable problems, such as permissions and licenses, which have been progressively overcome on a case-by-case basis.

Once the MPLS network has been fully deployed it will benefit the airline by plugging security loopholes, providing access to central booking and air traffic applications, and enabling the airline’s people to work as if sitting at adjacent desks.

“The strengths of TerraNet and Tata Communications will help the company achieve its commercial goals and demonstrate our capabilities to deliver the solution despite all the challenges.”

Tata Communications guarantees stringent network availability SLAs for the company network. The positive impact on the airline and its commercial operations will be huge once the entire infrastructure is up and running. Other similarly placed players in the airline industry could take advantage of emulating such a powerful network solution.

To learn more read this blog post on SD-WAN and NFV.