The evolution of networks part 2: Remote work and future networks

In the final part of this series, Song Toh, VP Global Network Services at Tata Communications, looks at more recent innovations in networking technology that have enabled the distributed working models of today, along with developments to create the smarter, intent-based networks of the future.

Networks form the central nervous system of any modern enterprise, and as such, are assessed by how smoothly and seamlessly they can transfer data to the right people in the right places. In the first part of this blog series, we looked at how digitalisation of the business landscape forced businesses to expose that central nervous system to the world and in a way making it a lot more complicated to keep secure.

In this piece, we’ll look at the transformations that took place in order to give us the remote working networking model we use today, and consider how the intent-based systems of the future will work.

The (true) rise of remote workers

For the last few years, the state of things was that if you were in the office, with the help of internet connectivity to both data centres and SaaS apps, user experience had become pretty reliable. However, remote users were still having to backhaul through data centres to use the internet.

That was because remote workers domains were being regarded separately, and as such, their laptops were being governed by different policies and had to be configured twice. While this was an inefficiency and remote employees were mostly a minority across businesses, it was just seen as the status quo and not an issue of urgency.

“However, with business network transformations largely being driven by the increasing adoption of cloud hosted SaaS applications, the business mindset began to change.”

So, instead of having fixed network gateways in certain places (such as the headquarter office), cloud-based network infrastructure virtualises those gateways, removing the barriers that previously hindered remote workers. The wide area network was no longer defined by the company’s physical premises, but by all its users that connected them.

So, whether you were a remote worker or working from your business’ headquarters, the configuration of your laptop would be determined by your user identity. These gateways also provided the sanitisation, filtering and best performance traffic routing for the virtualised WAN setup, along with other features for users – such as long-distance routing and cloud connectivity – that had previously only been available to branches.

However, while these technologies existed when the pandemic hit, in order to rapidly pivot to distributed working models, most businesses ended up stitching together a patchwork of traditional WAN and remote VPN solutions to survive.

But now, with hybrid working looking like the next normal for business, in order to maintain the office level user experience employees are used to, more and more of them are adopting Secure success service edge (SASE). It’s important to remember that digital transformation is a never-ending process. And as businesses have become increasingly data driven, they need their networks to become predictable, programmable, and automated- in sum intelligent!

For instance, say a network administrator in IT wanted to set up a policy that prioritises traffic going to the accounting department at the end of every month. This is not as straight forward as it sounds, and the only way most network managers would be able to do this is to prioritise accounting traffic all month long and hope no other part of the business gets impacted.

Such configuration requests that are time, priority or event-based are a complex process for IT professionals to achieve today, let alone average employees. That’s why the next stage in the evolution of networks will be systems that can be interacted with in simplified and more user-friendly ways that anyone in the company can handle.

“Users should be able to easily drag-and-drop their network requirements or use voice-assisted devices with commands that can be given in plain language, of course this would still be monitored by the network administrator.”

Today, some of these optimisations can only be achieved through a series of buying conversations with network providers.

But while enterprises can pay more for higher quality internet links, it does not guarantee good user experience or performance.

The routing and congestion status of the data between the branch and the business application is subjected to the vagaries of the Internet, and it does not matter if the applications are in the data centre or cloud.

Imagine any journey where you need to get from A to B, the road authority which looks after the roads changes along the way – which can mean different rules and speed limits. The same is true on the internet, where two points maybe looked after by different network providers. 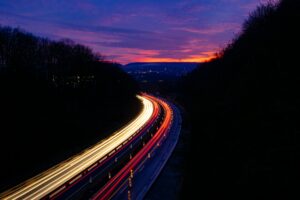 So, buying a premium link is a bit like paying to have an Autobahn-like driveway from your house to the main road (which is the internet). And that premium link won’t help much if you end up on a pothole stricken main road on the way to your grandparents.

So in the future, network providers would like to be able to say, “we know where you’re going and not only will we give you the best route, we’ll put you in an intelligent, self-driving car that will make sure you get to your location safely. And if you’re about to get into an accident, we’ll teleport you out of that car into a different one.”

This is what an intelligent, self-driven network would be able to do. And with the help of AI and machine learning (ML), big, complex systems will soon also be driven by what you want to achieve – your intent!

The future of intent-based networks

The meaning of intent-based networking has changed somewhat over the years. In the early days, it was used to express if a site was a critical data centre so applications from there could be prioritised. However, when SD-WAN templatised router configurations, the meaning changed again as those configuration templates could also be seen as a form of intent.

“The future of intent-based networks will be systems that can not only be talked about in plain languages but can also translate the intent of the command into policies.”

These will be networks capable of using your intent to configure new firewalls, routers, whether in SD-WAN or some future version of it, all in ways that are less technical, more business friendly and a lot more dynamic.

By translating user intent as opposed to just taking static commands, networks will be able to get around many of our present challenges. A business wouldn’t end up accidentally reserving bandwidth for users who didn’t need it just because someone forgot to reverse a priority command if the system understood why you wanted to prioritise that traffic in the first place. It would know to reconfigure it when appropriate.

Someday in the future, these networks may become self-learning and even more capable of understanding user intent to the point of being able to predict it. 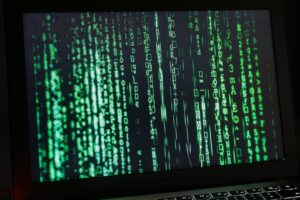 But however it transpires, as long as enterprises continue to digitally transform, their reliance on networks will only grow. So, we can expect increasingly advanced networks as innovation continues to evolve.

To learn more about how networks began and the early shift from data centres to the cloud, read the first part of this series The evolution of networks part 1: VPN, SaaS and the rise of SD-WAN.