The rise of eSports

While many industries quickly pivoted to a work from home model to ensure operations could continue smoothly amid the pandemic, it has been a more complicated transition for the sports industry. In this blog Dhaval Ponda, Global Head of Media and Entertainment Services, Tata Communications, discusses how the shift to a more virtual world has led to the growth of eSports.

The majority of sports professionals can’t do their job from home. In order to maintain momentum within the sector and fan engagement, organisations had to rethink how they showcase sports when it can’t happen in a live setting.

With the pandemic forcing sports players and broadcasters to work remotely, sports federations faced a significant challenge around how to engage with fans. One significant solution they’ve turned to is eSports. Esports and gaming have burst into the mainstream in recent years, transforming from a niche to a central form of entertainment around the world. With more people at home over the last year than ever before, there is no sign that the eSports boom will stop soon.

The current state of the eSports market

For years, companies like Amazon and Google have dominated the sports and gaming sector and are continuing to change the landscape for 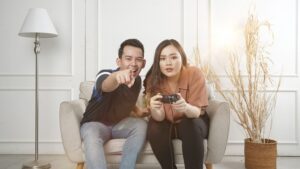 others within the space. Thinking back to almost 10 years ago, there was a dramatic shift. Consumers wanted more from their gaming consoles, and more were turning online to continue not only playing games but also watching them, as an extension of what they had at home.

“The rise of free games has also contributed to the shift in online gaming and is now attracting not only the younger generation, but consumers of all ages thanks to its ease of access.”

In fact a recent report by Techtalks found that in 2020, while the eSports industry was already worth $1.1 billion, its value is projected to increase up to at least $1.8 billion by 2022. This massive growth is supported by an equally impressive growth in the eSports audience: from 120 million to 495 million over five years from 2015 to 2020.

The sector will continue to grow as consumers demand to have more games. With stadiums still functioning at limited seating capacity, traditional sporting federations may have to consider looking eSports and gaming-at-large to engage fans. It is clear that from this surge in users, it is helping to fuel the sector further.

Already we have seen traditional sports utilise the eSports avenue to maintain cash flow during the pandemic. For example, the Virtual Grand Prix drew 3.2 million online viewers, with an estimated 1.2 million watching on TV. With this increased viewership, broadcasters and video players alike will begin to see eSports content as part of the norm. This increased expectation is something that organisations will have to live up to, so people have a sense of continuity. 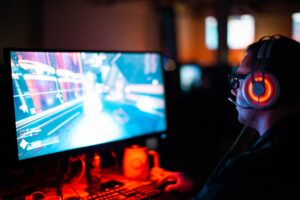 However, for organisations to increase their distribution of eSports content, they need the right technology and infrastructure in place to support this. With a rising trend of sports broadcasters buying the rights for eSports content across the US, China and the UK, this will be crucial.

For instance, Tata Communications has worked with media and entertainment company De Tune to support making video workflow for eSports content on the edge, with low latency. To succeed at this, we helped them deploy media cloud infrastructure on the edge, which made it possible to deliver content to all parties involved in production in a matter of seconds, with all editing and production done on the cloud, at an increased speed. This agility in workflow meant that De Tune was able to keep up with the changing demands within the sector and this level of speed and agility will be needed for the coming years.

As consumers increasingly want more choice, eSports will exist alongside traditional sporting events as a form of additional content for fans to engage with.

“Esports will serve as a bridge between traditional sports and online gaming.”

How can companies look to monetise eSports?

How eSports can be monetised is the existential question for the industry. As we are already starting to see, the eSports ecosystem will only continue to grow, and we’ll see capitalisation of this on a regional level.

Even telecommunication companies are looking at data plans and content that will be available exclusively on their network, which gives a clear and focused monetisation option for direct-to-consumer operators.

Monetisation will kick in when they treat this as a form of live sport, and not just online content and the pandemic has already put this into motion. Popular streaming sites such as Twitch, YouTube Gaming and Facebook Gaming, for example, have experienced a 20% increase in the numbers of hours streamed.

More so than ever before consumers want choice. Esports as an extension of traditional sports is providing consumers more variety over what content they can consume. 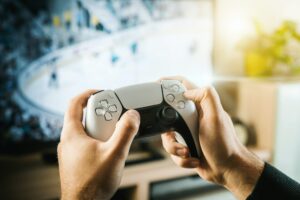 “As people have become used to on-demand content during the pandemic, the focus on digital platforms and direct customer facing platforms will remain significantly high.”

The interest in eSports has only just begun and technology will play a central role in driving this further – creating seamless digital experiences no matter where people are or the device they are using, making it an increasingly accessible and instant form of content.

To discover more, read this blog on agile and secure networks for innovation.