The modern sports fans are in a league of their own when it comes to how, where and why they consume content. This opens endless opportunities to engage them through digital platforms.

I’ve never seen such a fascinating time in the world of sports, with digital platforms enabling a complete reinvention in the way fans engage with the action and their heroes. Rightsholders, broadcasters, sponsors and others in the sports ecosystem are capitalising on these innovations in a number of ways to broaden sports’ appeal amongst new audiences and create more immersive fan experiences – which in turn generate new revenue opportunities.

Leveraging the star appeal of top sportspeople is a great way of growing and diversifying the fan base of a sport, which is why the trend is here to stay. Sportspeople are now major celebrities in their own right, and new digital tools are tearing down the barriers that once existed between them and their followers. Crucially, the ways in which a fan is able to engage with a star is a deciding factor in whether they are merely a casual observer or a die-hard fan who spends money on match tickets, merchandise or a streaming subscription. 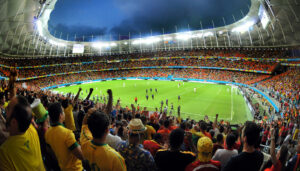 Driving greater fan engagement through top sportspeople can help to increase the geographic reach of a sport too. After all, we all like to see one of our own performing at the highest level, and highlighting players from different regions can help to boost interest. Tom Sammes of the European Tour has seen how the powerful combination of digital platforms and local stars is accelerating the growth of golf in new regions. He said in our recent “Show Me the Money!” report:

“Digital gives the European Tour the ability to create truly global stars, as we have a global footprint through our events. The best way to engage new markets is to make heroes out of younger local players. For example, Chinese players such as Haotong Li breaking into the global top 50 drives interest in China and helps change the traditional perceptions of the game in newer markets.”

As established players retire, or simply miss seasons due to injury or family commitments, new star players emerge. For example, with British tennis ace Andy Murray out of the singles competition at this year’s Wimbledon tournament, that left something of a void for his supporters. However, younger players like the American wonder who beat Venus Williams, Coco Gauff, gives a younger generation someone to cheer for, while the Austrian Dominic Thiem is steadily gaining followers as he works his way up the rankings.

For me and many other sports fans, identifying emotionally with an individual or team makes their sporting performance all the more compelling and must-see. So, facilitating these emotional connections through human interactions with sports stars through digital platforms is becoming absolutely invaluable for rights holders, broadcasters and sponsors. Focusing on the stories of star players is particularly important in building successful sports partnerships, where emotive storytelling is key. 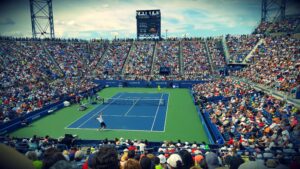 Social media, for example, is helping to drive deeper fan engagement. Stars like Rafael Nadal, Roger Federer and Serena Williams have tens of millions of social media followers between them, but up and coming stars like Kyle Edmond are already hitting the mark too. It’s also becoming common for sportspeople to demonstrate both their star quality and that they are just like us, away from the sport. The F1 driver Valtteri Bottas and diving star Tom Daley are amongst many top sportspeople who regularly share Instagram updates with their fans; from home, the gym or out walking the dog – often without a product placement or message from a sponsor.

“Big stars putting themselves out there in this way leads to deeper personal connections, which leads to greater affinity with them and their sport, boosting its popularity for the commercial benefit of that sport’s ecosystem.”

There’s an increasing number of formats that sports celebrities can harness to engage with their fans too. This year, the NHL introduced a new video series for the Stanley Cup Playoffs where top ice hockey players recorded short video diaries which were then posted across the league’s social accounts. 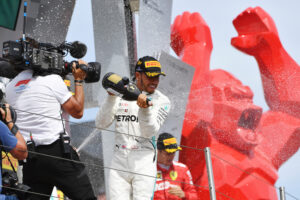 Taking this idea a step further, Cameo is an app that offers personalised video shout-outs to fans from their favourite celebrity or sport star, for a fee. What’s more, immersive technologies like augmented reality (AR) and virtual reality (VR) apps are helping fans to get closer to the action. At Tata Communications, we’ve tested in action 360-degree video with the European Tour and Formula 1, to show to the motorsports and golf ecosystems how fans can be brought closer to their favourite stars, if only virtually. New technologies like this that augment the live or TV experience are essential for keeping a digitally-savvy fan base hooked.

When it comes to any commercially viable digital strategy in sports, one thing is clear – the human element should be at the heart of it. I think that Sammes from the European Tour summed it perfectly when he said:

“Sponsors want fans. Fans want to see the star players. So, without the stars you get neither.”

Greater engagement by sporting heroes on digital platforms is also instrumental in encouraging audiences to participate and play sports at a grassroots level, inspiring the next generation of stars.

Read more from Mehul on how technology is helping fans enjoy sports.