Breaking down barriers for MVNOs in the IoT market

The Internet of Things continues to make waves across industries, but to-date, this market has eluded most Mobile Virtual Network Operators (MVNO). Kim Bybjerg explains how MVNOs can make the most of the new growth opportunities that IoT brings.

We’ve seen huge growth in the global MVNO market in the last decade, and industry analysts now estimate that by 2023, these nimble, relative newcomers to the mobile industry will generate close USD 100 billion in revenues. The secret of their success has often been in carving out a niche and targeting demographics that traditional mobile network operators (MNO) don’t want to or aren’t able to serve. Brands such as GiffGaff in the UK, VivoHub in Singapore and Ting in the US don’t own the infrastructure or frequencies their services run on. Instead they differentiate by offering certain packages or perks that are of particular value to specific customer groups. 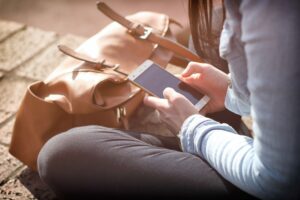 Last year, we partnered with VivoHub to enable the MVNO to offer Singapore’s one million migrant workers a suite of mobile services that makes access to data, calling and messaging services simpler, and allows them to gift data to their family and friends back home. VivoBee’s 100,000 users make an average of 20 million call minutes per month, and VivoHub hopes to add 150,000 new subscribers by the end of this year.

Services like this demonstrate the creativity of MVNOs to tap into new growth opportunities – but also their reliance on traditional mobile services for revenues.

“Yet, one area that has continued to elude these players is IoT, and that’s where they need to set their sights on with a clear plan of action to continue compete with MNOs… many of whom have already grabbed the IoT opportunity both hands.” 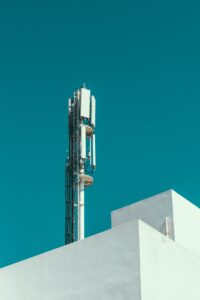 GSMA Wireless Intelligence estimates that there are today just around 40 MVNOs in the M2M market, out of a total of around 1,600 MVNOs worldwide. The lack of MVNOs in the IoT space isn’t entirely their own fault. Their host MNOs have often been unwilling to offer them competitive rates, instead looking after their own interests and protecting their own share of the market.  MNOs have also been unwilling to give MVNOs control over devices, SIM cards and connections, and prevented them from managing policies, making updates and changing device parameters themselves.

But MVNOs don’t need to look far for a solution. By adopting the same approach that they took for the traditional telco business – targeting specific IoT market segments – MVNOs can take advantage of the myriad of new possibilities that IoT brings.

IoT should not be seen as just one singular sector, but multiple verticals. Whether it’s eHealth, smart cities, connected cars or industrial IoT – worldwide technology spending on IoT is predicted to reach $1.2 trillion by 2023. To put that in context, the smartphone industry is today worth approximately $522 billion.

“By identifying particular needs that they can satisfy through IoT, MVNOs can profit from the potential on offer.”

One example is public utilities – in these use cases there is often a need for low-bandwidth connectivity. This is because devices, like smart gas or electricity meters, are often placed in areas that can be difficult to access, so once you connect a new meter, there shouldn’t be a need to touch it again for the next 10 years.

On the other hand, digital signage is a sector that needs high volumes of data for bursting images and video out onto the signage posts. The frequency of sending data can differ, but bandwidth requirements are high. These examples demonstrate the wide-ranging connectivity demands of different IoT applications, and opportunities for MVNOs to target different markets with their IoT expertise. 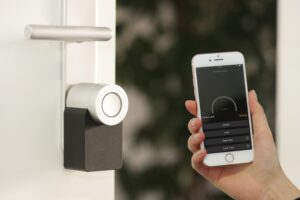 That’s all well and good – but the barriers to entry for MVNOs remain, largely due to MNOs’ control over networks and capacity. So, what MVNOs need is a single, global, virtual mobile network that can connect all kinds of ‘things’ seamlessly and reliably, whatever their bandwidth demands. One such example is our Tata Communications MOVE™ platform.

“By challenging old industry conventions for cellular connectivity and forging new partnerships outside of the traditional MNO ecosystem, MVNOs are able to make their mark on IoT.”

This new approach will allow them to carve out a niche in this fast-growing market – just like they have done so successfully before in voice, messaging and data services in the traditional mobile segment.  From enhancing food production through connected agriculture and illuminating cities with smart lighting to enabling more efficient logistics with more intelligent transportation of goods – there are a whole range of IoT avenues for MVNOs to explore.

I talked about these opportunities for MVNOs in the IoT market at the recent MVNOs Asia event. If you’d like to know more, download our whitepaper.