As seen on screen: when science-fiction becomes reality

Vice President and Global Head of Corporate Venturing and Innovation

At one point, the tech we have now was just a figment of the imagination. We look to some of the world’s most popular sci-fi movies that were way ahead of the game.

A famous philosopher by the name of Jean-Luc Picard once said: “Things are only impossible until they’re not.”

As captain of the starship USS Enterprise, Picard saw plenty of technology that would’ve been considered impossible until it wasn’t, including universal translators and the 3D printer-esque replicator, and while a lot of it is still just the stuff of sci-fi to Star Trek viewers, there are other fictional inventions that have since become reality.

But what other films and TV shows have predicted the future of technology on the screen before it became a part of our lives today? 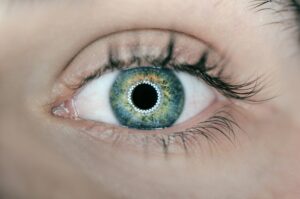 With its targeted ads, voice control and face recognition, there’s plenty of tech in 2002’s Minority Report that no longer feels particularly futuristic – but Tom Cruise’s wall of gesture-controlled screens still feels distinctly sci-fi. Microsoft’s Kinect sensor attempted to bring similar tech to Xbox owners, and Leap Motion’s controller allows you to use your hands to interact with VR worlds, but the latest iteration is Huawei’s Mate 30 smartphone. It has a gesture sensor above the screen, enabling users to scroll through pages and take screen grabs without touching the phone at all. Let’s just hope the film’s Orwellian preemptive policing, which allows law enforcement to make arrests before a crime has been committed, never sees the light of day!

“Martin Cooper, the man credited with inventing the mobile phone, didn’t pluck his idea out of thin air.” 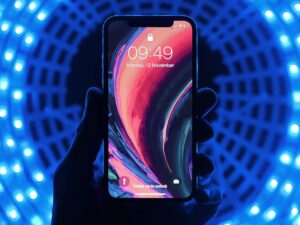 The American inventor was inspired by comic book character Dick Tracy’s wrist radio which allowed him to relay messages in real-time across huge distances. Mobile phones have come a long way since Cooper made the first call on one in 1973, and the first commercially available handset wasn’t available until 10 years later. Nowadays, smartwatches allow people to make calls from their wrists, just like Dick Tracy all of those years ago.

NFC from The Fifth Element

Luc Besson’s The Fifth Element is full of futuristic tech: flying cars, autonomous weapons and self-making beds. But the one we all carry around in our pockets today is a more advanced version of Leeloo’s Multi Pass. In the film it’s an ID card that also functions as a driving licence, a boarding pass and allows her to buy things – sound familiar? With contactless payment standards from Apple, Google and Samsung becoming more widespread, the ubiquity of contactless cards convincing many businesses to go cashless, and e-tickets replacing paper ones for everything from cinemas to airlines, Leeloo’s chunky Multi Pass now looks positively old-fashioned.

Tablet computers from 2001: A Space Odyssey

“Legendary director Stanley Kubrick was famous for his meticulous research and preparation.” 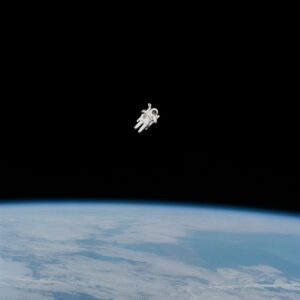 When he made 2001: A Space Odyssey in the mid-sixties he wanted the technology in it to feel simultaneously futuristic and possible, rather than the outright fantasy that most sci-fi films portrayed, so he sought the advice of robotics experts and employees of IBM. That’s why the tablet computers that the two astronauts are seen using while in space are so similar to those sold today by companies such as Apple and Samsung, while characters are also shown making Skype-style video calls and interacting with computers using just their voice. Fortunately, Amazon’s Alexa, Apple’s Siri and Google Assistant turned out less deadly than HAL!

They might not yet be as ubiquitous as Total Recall’s Johnny Cab, but autonomous cars are very much a reality in 2019. Whether it’s Tesla’s autopilot mode, Uber’s self-driving fleet which is being tested in cities across the USA, or Waymo’s Google-backed autonomous taxi service that’s in beta on the streets of Chandler, Arizona, Johnny Cab feels less like the stuff of science-fiction by the day. All that’s missing is a chatty, uniformed robot sitting in the driver’s seat. 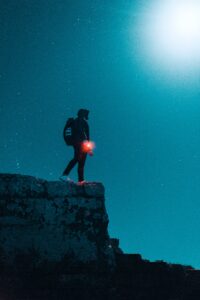 Iron Man first appeared in a comic called Tales of Suspense in 1963, but Robert Downey Jr. really brought the character to life in the 2008 film. Of the besuited superhero’s many powers, flight is the one most people covet, and while nobody is yet commuting to work via jetpack, “real-life Iron Man” Richard Browning has developed a suit that effectively gives the wearer wings. With a total of six jets attached to the arms and legs, it can propel you to speeds of over 50kph and reach altitudes of up to 6000m, according to a feature on redbull.com. The best bit? Browning’s company is called Gravity Industries, which couldn’t sound more like something from a superhero film if he tried.

“As tech develops at what was previously an unimaginably fast rate, more and more futuristic fantasy becomes reality.”

With technologies like blockchain, artificial intelligence and IoT already demanding nimble organisational transformation, it will be interesting to see how the fiction of movies like Ad Astra, Arrival and Inception might reshape and modify the digital revolution. The question is: how will the creativity of today transform technology tomorrow and more importantly, how can we be prepared for the next phase of sci-fi becoming real world?

Next, why not read our blog about how famous novels would have changed if they’d written in the age of wifi? Read it here.