How AI and IoT are helping us live better and longer

Healthcare across the world is using new technologies to improve lives across the globe. We review some of the ways in which IoT, AI and robotics are being adopted, from everyday use to monitor fitness, to early diagnosis of treatable conditions in rural developing areas.

Whether it’s your resting heart rate, cholesterol count or blood pressure, healthcare has always been obsessed with numbers and data. 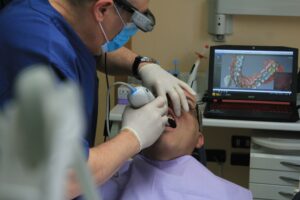 Surgeries and hospitals are awash with measurements, charts and test results, with more data being generated now than ever before. As technologies such as artificial intelligence and IoT become more prevalent in our day-to-day lives, that’s only going to increase. But how can they be used to help us live healthier and longer lives?

Data to the rescue

A huge range of companies are getting involved in health and fitness, including some of the biggest consumer tech brands in the world, which has kickstarted a whole new wave of health-focused products.

For example, the most recent Apple Watch models include an electrocardiogram feature that measures your heart rate and can detect irregular activity, producing data that can be exported and shown to a doctor. It also has Fall Detection built in and will automatically notify emergency services if it senses significant sudden movement and impact that could indicate the wearer has been involved in an accident and is unable to call for help – like it did recently, in case of Bob Burdett, a biker who flipped his bike at the bottom of Doomsday path, Riverside State Park (Washington DC) and hit his head and lost consciousness.

“The trend for wearable fitness devices, which encourage behavioural changes to keep people healthy, has also led to a rise in lifestyle-focused platforms that combine data from smartphones and IoT devices with AI, to suggest activities and more smartly monitor and manage chronic health conditions.” 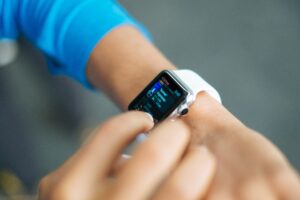 Whereas many of the more basic wearables simply provide a numerical target to hit every day, platforms such as Sweetch use AI to tailor their suggestions to the individual, their habits and routines. Many consumers don’t know that the 10,000 steps a day target stems from a marketing ploy by a Japanese company in 1965 to sell a pedometer! Rather than just a generic step count to meet, Sweetch uses data collected from connected devices to provide contextual, personalised tasks that aim to help users manage their weight, diet and activity around their day-to-day schedule, rather than telling them to stand up when they’re in the middle of an important meeting.

Other platforms, such as Lark, Hello Heart and Livongo, use own-brand connected devices to take readings and collect data from users, with AI transforming them into context-aware, hyper-personalised guidance for patients dealing with diabetes, high blood pressure and other long-term medical conditions. When platforms such as these are clinically validated, they can be used to help medical institutions identify high-risk patients at home and help them to get the treatment they need.

This more connected approach to healthcare also allows for better access to trained medical professionals, particularly in places that might not have regular access to a doctor, let alone specialists.

Huawei’s AI for Good initiative has spawned various projects that bring the power of artificial intelligence and augmented reality to more people across the globe. Track.Ai is designed to pick up on the signs of visual impairment in children before they’re even able to explain their symptoms themselves, so they can be treated as early as possible while blindness is still preventable. 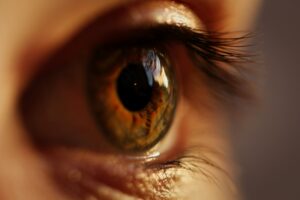 Track.Ai currently uses DIVE (Devices for an Integral Visual Examination) hardware to capture data from a patient’s gaze, which is then analysed using AI to determine the probability of the child developing an ophthalmic condition. Children with damaged vision look at things differently to those without, and in less than 15 minutes, AI-powered devices can detect the telltale patterns more accurately than a doctor’s manual observations.

The company is now working on a version of this technology that is powered by the onboard AI of one of its smartphones, so it’ll work even where connectivity is unreliable. The aim is to make it usable by non-trained professionals in rural areas, so that children can be screened as early as possible and doctors can focus on treating those that really need it.

As artificial intelligence becomes more sophisticated it will also take the strain off overworked medical personnel, allowing data to be collated and analysed more quickly, which will help to inform more accurate diagnoses and decision-making, while also streamlining patient workflows.

“In the grand scheme of things, both AI and IoT are still in their infancy, but with both evolving and improving all the time, their impact on the healthcare world is only likely to grow.”

With more connected devices, especially those on which patients rely to monitor and maintain their health, a strong infrastructure becomes ever more integral. And developing this for countries that may not yet have the best in place, brings with it the opportunity to improve the health of the global population.

As well as its advancements in healthcare, IoT is also helping to save the planet in a number of different ways. Read about it here.