How the cloud of tomorrow will feed the fastest computer ever

In his last blog post, Raj shared his top tips for businesses that are looking to migrate to the cloud but aren’t sure where to start. In this blog post, Raj looks at what the future of the cloud might look like. It’s set to be an exciting ride… so don’t get left behind!

Imagine a world where you interact with apps and databases using the most powerful super-computer ever made: your brain. 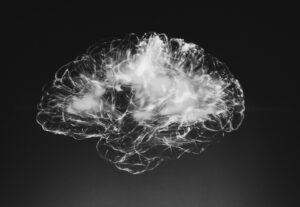 If you believe the futurists, we’re not far from a time when we will have electronics inside us that will interact with apps through thoughts and gestures.

CTRL-Labs, which was recently acquired by Facebook for somewhere between $500m and $1bn, is working on tech that would help people control computers with their brain. Start-ups such as Kernel and Dreem have also jumped on the bandwagon, while Elon Musk’s Neuralink project aims to develop a high-bandwidth brain-machine interface to be implanted just behind the ear, with human testing scheduled to begin before the end of 2020.

“As our methods of interaction change, the devices we use to access the internet or any other network will change with them.” 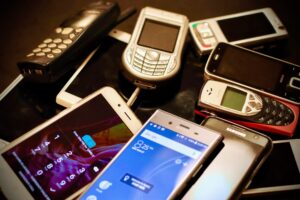 Just like desktop computers have fallen out of favour as mobile devices become more sophisticated, smartphones and laptops could also fade away as your brain takes over the job of the visual external interface. All popular gadgets of today will likely go the way of the landline or letter, to be replaced by others more suited to mind control.

As more and more people get connected and use these different, increasingly sophisticated gadgets, this will lead to phenomenal growth in the global data traffic too. Back in 1995, there were just 16 million people online – now there are around 4.5 billion. All these users drive around 21 zettabytes of traffic today – 95% of which comes from the cloud. 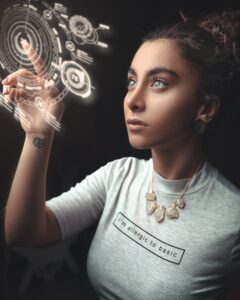 In parallel with this traffic growth, we’ve witnessed a surge in the performance of different devices, specifically the need for compute/processing power and storage. If Elon Musk and co have their way and we start to use our brains to navigate a new generation of devices, the speed at which we’ll be able to flip through things will go up by 100, 1000, maybe 10000 times, so we’re going to need new architecture that’s able to keep up.

“Can you imagine the processing power, memory, storage and intuitive infrastructure that will be required to pair with your brain?”

Patience and attention spans will shrink even further. Our expectation for lightning speed delivery will become elemental. A website that takes a second to load will become obsolete. With your brain functioning as the controller, the load times will be much faster because you’re not constrained by the speed of any other device, like a smartphone or a laptop. But you’ll still need faster compute power and considerably bigger and better connection framework for the servers which hosts these apps or websites.

My guess, though, is that this won’t be enough.

“The architecture of tomorrow will demand truly distributed edge computing and storage, with your apps in almost all major cities across the world so that you can match the speed of the new brain-based interfaces.”

If you stick to your own on-premise data centre, chances are your digital presence will die out because nobody will interact with you. 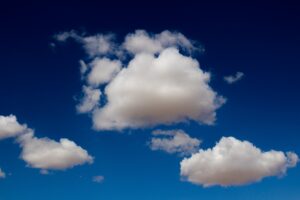 If you’re already on cloud and want to know where your data is, this could also be a problem. We will simply have to let go of these ideas and rely on the cloud service provider to ensure that the compute and storage are doing what they should: feeding the fastest computer ever.

Analysing how this architecture will look and how this will change not just businesses but our entire way of living is like; trying to explaining to teenagers in the 90s that within 10 years they’ll be able to carry their entire music collection on one tiny device in their pocket, or telling the children of the 80s that when they reach adulthood they’ll be able to video call anyone around the world at the touch of a button. It’s difficult for most of us fathom but not beyond the realms of imagination… it’s closer than we all think! What we can do is strive to stay at the forefront of development so when the time comes, we’re ready.

Read Raj’s previous blog – his step-by-step approach is all about ensuring that businesses are able to not just gain the maximum operational benefits of the cloud; but also harness its power to innovate.