The internet has become integral to innumerable elements in everyday life, making some services almost impossible to use without it. Yet, for so many around the world, internet access isn’t necessarily available. Should the modern-day population demand internet access as a fundamental human right?

When the Universal Declaration of Human Rights (UDHR) was adopted by the United Nations General Assembly on 10 December 1948, connecting the entire world to a network must’ve seemed as realistic as putting a man on the moon. 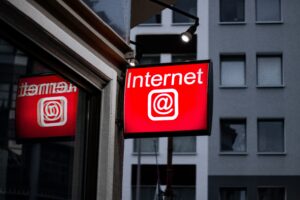 Even in 1974, when the now ubiquitous name was coined as a shortened version of ‘internetworking’, or when Tim Berners-Lee invented the world wide web in 1990, few could have predicted what a colossal part it would play in pretty much every single aspect of our day-to-day lives 71 years later.

“In fact, internet access has become such a fundamental part of our existence that a US Census Bureau report published in September 2019 found that a lack of access to the web has become inherently intertwined with inequality.”

In the UK, Ofcom found that only 47% of people on low incomes had internet access at home, while that falls to 35% of the population in developing countries.

In India, a country with the second-largest internet user base in the world, the divide is stark. A recent BBC report found that for every one of the 630 million internet users in India there’s at least one person who does not have access – and chances are those without it live in the poorer, rural parts of the country. Differences of this kind can end up reinforcing existing inequalities and preventing people from escaping poverty – and considering 66% of the Indian population live in villages, that’s a real danger.

“Unrestricted access to a free and open internet is vital for the democratic empowerment of a country’s citizens.”

The structures that have been put in place to control it mean that some people have greater opportunities to exercise their political rights than others, while there’s plenty of real-world evidence to show the impact that denying free access to information can have.

Since the internet played such a significant part in the organisation of the Arab Spring at the start of the decade, network shutdowns have become an increasingly common tactic used by governments facing civil unrest and dissident behaviour among citizens. For example, in January 2019 internet and SMS services were disabled after an election in the Democratic Republic of Congo. According to government officials it was to prevent the spread of fictitious results but it remained suspended for 20 days, even after the UN had called for services to be switched back on. 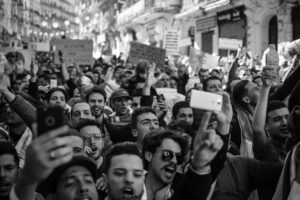 Since the start of the year, the people of Sudan have also experienced multiple blackouts, with services shut down for over a month in June and July in an attempt to force an end to mass protests against military rule, while demonstrations over rising fuel prices in Iran saw a week-long shutdown in November. In fact, in the past year alone, we’ve also seen internet shutdowns in countries including Egypt, Indonesia, Myanmar and Zimbabwe.

In a statement published on the website of the Office of the High Commissioner for Human Rights during the DR Congo blackout, an expert said:

The rise of the internet and social media and increased access to information has caused an uplift in democratic debate across the whole world, with more and more people getting involved in politics than ever before – but it also has a downside. The spread of so-called ‘fake news’ in recent years has led to many voters being misled, an issue not helped by the refusal of many social networks to validate facts and figures before running adverts and posts from political parties.

Leveling the playing field when it comes to access to digital technologies will also help to raise the level of digital fluency across the board, which a 2016 survey by Accenture found can help to close the gender gap at work. That could help to erase it completely up to 40 years faster in developing countries, and 25 years sooner in developed nations. Millennial women, who are more likely to have grown up with technology as a normal part of their day-to-day lives, have also shown a greater desire to hold leadership positions, while 58% of those not in work say that being able to work remotely would help them to find employment.

This is exacerbated even further in India’s very traditional, patriarchal society.

Only 16% of Indian women have access to the internet, while lack of access to devices means they’re 56% less likely to use mobile internet than men. 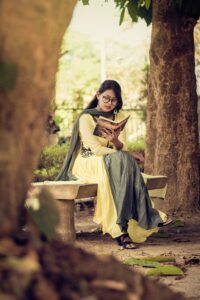 With digital empowerment known to increase independence, more equal access to the internet can help to address inequalities throughout Indian society, as will more investment in digital skills for women.

All of this just goes to show how important internet access is to modern-day societies – something that’s only going to increase as digital transformation speeds up. This will also enable the more widespread use of artificial intelligence and robotics, which will assist disabled employees and help them overcome obstacles in the workplace, while the adoption of 5G is also expected to be key to future economic growth.

Does all of this make internet access a fundamental human right? That’s a topic that’s been under discussion for nearly 20 years now but a November 2019 study by Dr. Merten Reglitz, Lecturer in Global Ethics at the University of Birmingham, argues that it should be.

“Without such access, many people lack a meaningful way to influence and hold accountable supranational rule-makers and institutions. These individuals simply don’t have a say in the making of the rules they must obey and which shape their life chances,” he says.

The report also points out that much of today’s political debate now occurs online, therefore exercising free speech and accessing information is dependent on having access to the internet.

Tim Berners-Lee’s World Wide Web Foundation recently unveiled the Contract for the Web – a plan to ensure the internet works to benefit humanity, and stays free from abuse and censorship by governments, corporations and individuals. Among other things it calls for companies to make the internet affordable, uncensored and accessible to all. Whether internet access qualifies as a human right remains up for debate but it’s abundantly clear that it has a key role to play in fostering democracy and has become a necessity for people to access equal opportunities in many areas of modern life – and that’s only going to increase in the future.

Look ahead to the next 50 years of the internet and what this could bring here.