From the world wide web to the digital ecosystems of today

In this piece, we explore some of the landmark innovations that facilitated the journey from world wide web to the digital ecosystems of today.

When we sit back and look at the hyper-digital world we now live in, at how connected we have all become and how ubiquitous the internet has become to our day to day life, it’s hard to believe the world wide web recently only celebrated its 31st birthday.

It was in March of 1989 when Sir Tim Berners Lee first presented the paper for his idea of a unifying structure for linking information across multiple computers that would eventually become the internet.

Today, we’ve taken that early innovation and molded it into our interconnected society. It started our journey too – from VSNL helping bring the internet to India back in the 1980s, to Tata Communications today which is helping enable digital ecosystems across the world.

But much like digital ecosystems, the world wide web didn’t become what it is today overnight or by itself. It took numerous innovations and thousands of people collaborating to get us where we are today.

Email was the first step on the road to global connectivity, and pre-dates the WWW by a few decades. While some limited forms of email existed as early as the 1960s, its was an American programmer by the name of Ray Tomlinson who is officially credited with email’s invention in 1975.

He managed to develop a system of sending mail to individuals using different hosts across the ARPANET, the precursor to the internet. It spelt the first time the @ sign was used to link an individual to their destination server.

Started in 1985 by Stewart Brand and Larry Brilliant, The Whole Earth ‘Lectronic Link or “The WELL”, holds the distinction for being the oldest virtual community, mainly because it was the basis for the term’s coinage before the public internet was in use.

The website describes itself as the “primordial ooze where the online community movement was born”. It started as a dial-up bulletin board system and later transformed into the first dial-up ISPs in the early 1990s once commercial traffic was allowed. It has been evolving with the internet ever since.

This innovation is what paved the way for the real-time chat platforms so many of us rely on today. First deployed in 1988 by a Finnish IT professional called Jarkko Oikarinen, he would go on to work in medical image processing and win numerous awards for his contributions to computer sciences.

IRC is an application layer protocol that enables communication in text form. It was specifically developed to enable group communications, but also allowed users to send private messages documents. 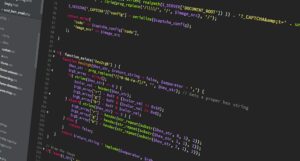 Sir Tim Berners Lee was also the creator of the very first web page that went live in 1991. The page was dedicated to his still young and misunderstood “World Wide Web project”. He ran it on a NeXT computer from the European Organization for Nuclear Research, CERN.

The page, which looks very basic by modern standards, includes information around what the web and hypertext is, along with some history of how the web was developed. It’s still live so you can check it out.

These two juggernauts spelled the commercialization of the web when they went live in 1995. This is when the internet really started to spill out of the screen into our everyday lives as it harkened the beginning of ecommerce and all the opportunities – and challenges – it presented retailers.

French software engineer Pierre Morad Omidyar founded eBay as a consumer-to-consumer and B2C website. While Jeff Bezos famously started Amazon from out of his Seattle garage as an online marketplace.

These three websites basically denote the start of our present information age. Google, founded in 1998, became the first truly user-friendly way to search the web for answers. 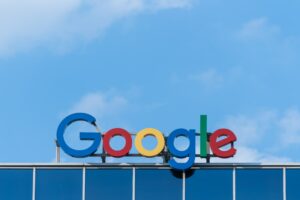 Founders Larry Page and Sergey Brin did this by creating a system that could analyze the relationship between websites and present the most relevant results. This led to better results than the search engines of the time that ranked results by the number of times the search terms appeared on the page.

Online video-sharing platform YouTube was founded in 1998 by three former PayPal employees, Chad Hurley, Steve Chen, and Jawed Karim. It was allegedly meant to be an online dating service, but they eventually opened it up to any kind of video upload.

And Twitter was created in 2006 by Jack Dorsey, Noah Glass, Biz Stone, and Evan Williams. Its early prototype was as an internal communication service for Odeo workers. Now it is one of the most popular websites of all time with up to 500 million tweets sent every day.

To read more about other innovators helping to remake the world, check out our blog, Young minds taking on COVID-19.