Managing Director of Motorsports at Formula 1

Ross Brawn shares his views on the collaboration of F1 and digital transformation in this guest blog.

Ross Brawn wears big shoes – and that’s not just because he’s a giant of a man. The Managing Director of Motorsports at Formula 1 is a genuine legend in the sport.

As a master technical director and team principal, he won multiple world championship titles at teams including the eponymous Brawn GP, while his partnership with Michael Schumacher at Benetton and Ferrari turned the German driver into one of the greatest motorsport has ever seen.

In his new role, Ross’s job is to oversee the sporting and technical regulations of F1, with the aim of recapturing its authenticity and making it the most entertaining sport it can be. If he’s successful, no single team will be able to do exactly what Ross did to make a name for himself: dominate Formula 1. Here’s what the man himself has to say about the challenges he expects to face.

My career in motorsports spans almost 40 years but I’m still amazed by how far we’ve come.

When I started in the 1970s there were lots of amusing ‘hacks’ we used to gather the information we needed to get the cars running at their full potential. For example, to know how far the suspension was travelling we used to put O rings on the shafts of the dampers and hope that would tell us how far it had moved. 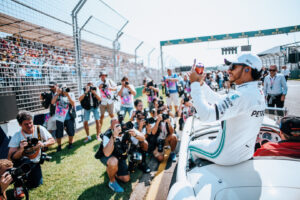 Lewis soaking up the atmosphere at the 2019 Australian GP

Modern teams would be aghast at such an unscientific approach, but at the time these ad-hoc solutions were the best we could do. Today, there are thousands of channels of data collection on a modern F1 car, generating valuable information that is fed back to the teams with the aim of improving safety and performance.

“But it’s not just the technology in the paddock that’s changed beyond all recognition. The way we communicate with fans has been completely transformed as well.”

In my current role, I’m often asked about how Formula 1 should grow its fanbase. Most traditional sports are witnessing a decline in engagement, but I’m glad to note that F1 has arrested the slide. In many markets, it’s actually reversing.

Back in the day, Formula 1 was a high-risk sport pushing the slightly hazy boundaries of engineering, so the average fan was either a technology geek or an adrenaline junkie. But according to a survey we conducted recently, there are now six distinct segments of fans.

“As well as the traditional motorsport enthusiasts and speed freaks, whose attention flits between the track action and the myriad of numbers and charts on the television feed, we have a whole spectrum of fans with varying degrees of obsession.”

There are the Excitables who are keen to travel to the races and purchase their favourite driver’s merchandise, the Purists who wish to delve deep into the technology, the Sociables who follow the track action and tweet about overtakes and crashes, and Habituals, Peripherals and Incidentals on the fringes. 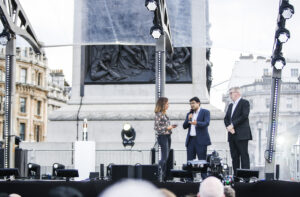 Combined, they added up to 490 million fans who watched Formula 1 on television through the 2018 season, and another 4 million who attended the races in person. That’s a staggering jump in figures from when I started.

The commercial implications of keeping the entire set engaged are huge but there is no one-size-fits-all approach to doing so. We need to understand the broad segments of fans who want to consume specific branches of data and serve their needs effectively.

This challenge of customisation has now spurred technology companies like Tata Communications, among others, to come and change the landscape. Last year, we asked fans to share their vision of ‘My F1’ in the Tata Communications F1 Innovation Prize. As a judge, I had a fantastic time reading the entries.

The art of balance

There is so much information available to the teams and to the fans, we have reached a stage where we must seek a balance.

This is ingrained in Formula 1 technicians, because to create a successful car you must increase performance without compromising on reliability, while also meeting all the technical specifications. The team that can consistently manage to extract the most performance out of a design through a long season will take home the championship.

With the wealth of platforms, channels and information at our disposal, the same approach must be taken to engaging fans. Linear television feeds are constantly improving in terms of the graphics and the information we can give to the fans, but we must be careful not to crowd it too much.

“There are always layers and new technologies that we can add to cater to fans who have different types of interest, but you must be careful not to alienate the traditional fans while engaging the new ones.” 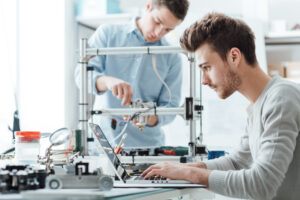 With technology revolutionising the way content is consumed, though, there is potential for disruption at every step. Everything deserves a rethink: how the teams build the car; how the cars race on track; how the program feed is produced and distributed; how the sponsors align their objectives with the sport; and how fans respond and engage to the entire spectacle. Many fans suggest we shorten the race weekend but that would mean a lower overall attendance and viewership, hurting sponsors who enable us to put on the show.

F1 is looking to go to new territories and grow the global fanbase, but at the same time retain the European core audience. I’m sure corporations face similar challenges – growing the market while retaining their core base. There are no definite answers.

Whatever happens I anticipate very exciting times for the sport in the near future. With the pace of technology advancement and innovation in content production and distribution, I am sure we will make the spectacle even more spectacular. It’s just a matter of finding the right balance.